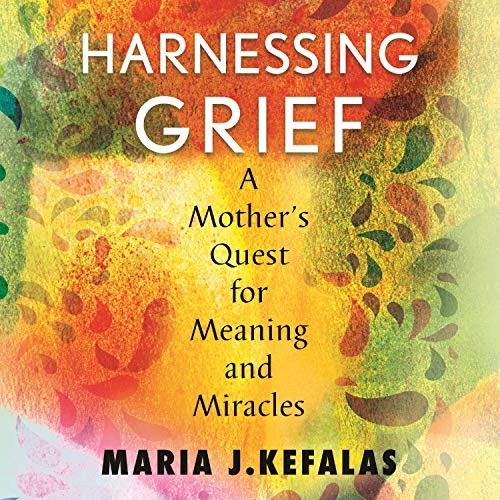 The inspiring story of a mother who took unimaginable tragedy and used her grief as a force to do good by transforming the lives of others.

When Maria Kefalas' daughter Calliope was diagnosed with a degenerative, incurable genetic disease, the last thing Maria expected to discover in herself was a superpower. She and her husband, Pat, were head over heels in love with their youngest daughter, whose spirit, dancing eyes, and appetite for life captured the best of each of them. When they learned that Cal had MLD (metachromatic leukodystrophy), their world was shattered. But as she spent time listening to and learning from Cal, Maria developed the superpower of grief. It made her a fearless warrior for her daughter. And it gave her voice a bell-like clarity - poignant and funny all at once.

This superpower of grief also revealed a miracle - not the conventional sort that fuels the prayers of friends and strangers but a realization that, in order to save themselves, Maria and Pat would need to find a way to save others. And so, with their two older children, they set out to raise money so that they, in their son PJ's words, could "find a cure for Cal's disease". They had no way of knowing that a research team in Italy was closing in on an effective gene therapy for MLD.

Though the therapy came too late to help Cal, this news would be the start of an unexpected journey that would introduce Maria and her family to world-famous scientists, brilliant doctors, biotech CEOs, a Hall of Fame NFL quarterback, and a wise nun, and it would also involve selling 50,000 cupcakes. They would travel to the FDA, the NIH, and the halls of Congress in search of a cure that would never save their child. And their lives would become inextricably intertwined with the families of 13 children whose lives would be transformed by the biggest medical breakthrough in a generation.

A memoir about heartbreak that is also about joy, Harnessing Grief is both unsparing and generous. Steeped in love, it is a story about possibility.

“‘When the worst possible thing happens, you have nothing left to fear.’ Maria Kefalas illustrates, with fierce love and unexpected humor, the power of grief to transform and motivate a warrior mother to change the world. The Calliope Joy Foundation, named for the author’s daughter, is doing just that - and providing an invaluable resource within the pages of this book for others who seek to do the same.” (Marianne Leone, author of Jesse and Ma Speaks Up)

What listeners say about Harnessing Grief