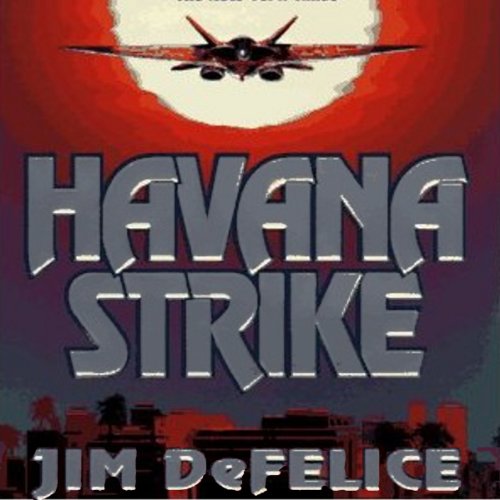 No one’s mourning the death of Cuba’s dictator, Fidel Castro. His heirs, including daughter Carla, are jockeying for power. Guerrilla rebels threaten to topple the teetering government. But there’s more at stake than just the island nation. Il Jeffe’s legacy includes a long-hidden atomic missile, left over from the Kennedy-era Bay of Pigs crisis - which guerrilla leaders threaten to use against any American interference. Ace pilot Marine Lt. Edward Garcia is tasked to find the launch site. His Cuban-American background and flying skills makes him the perfect man for the job - especially when it appears the only thing preventing American annihilation is a nearly impossible air strike to take out the missile.

What listeners say about Havana Strike