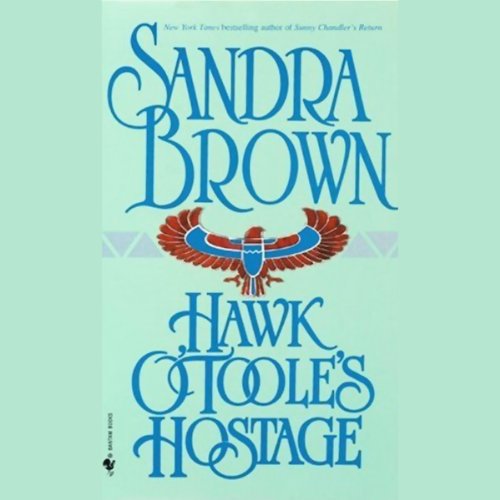 To Hawk O'Toole, she was a pawn in a desperate gamble to help his people. To Miranda Price, he was a stranger who'd done the unthinkable: kidnapped her and her young son off a train full of sight-seeing vacationers. Now, held hostage on a distant reservation for reasons she cannot at first fathom, Miranda finds herself battling a captor who is by turns harsh and tender, mysteriously aloof and dangerously seductive.

Hawk had assumed that Miranda Price, the beautiful ex-wife of Representative Price, would be selfish and immoral as the tabloids suggested. Instead, she seems genuinely afraid for her son's life - and willing to risk her own to keep him safe. But committed to a fight he didn't start, Hawk knows he can't afford to feel anything but contempt for his prisoner. To force the government to reopen the Lone Puma Mine, he must keep Miranda at arm's length, must remember that she is his enemy - even when she ignites his deepest desires.

Slowly, Miranda beings to learn what drives this brooding, solitary man, to discover the truth about his tragic past. But it will take a shocking revelation to finally force her to face her own past and the woman she's become, and to ask herself: Is it freedom she really wants...or a chance to stay with Hawk forever?

This is the worst book of Sandra Brown’s I’ve ever read. They are usually intriguing and believable this one is neither. The performance was horrible the music seemed like a comedy drama series on a poorly rated TV show; I was surprised they didn’t have canned laughter in the background.

I read this story many years ago , and enjoyed . Good characters. Easy reading .This Audible book was beyond horrible, the music over the top of the words---- what in hell was that ??????? The music was nice ,but not over the story. The readers voice was to soft to hear most. of the time. You wrecked I good story.

while this was a vary good story line, I thought the chstacters could have been developed more. st times they appeared shallow and actions seemed wrong for them. story itself was fast but complete as it is but could make a deeper more complete story with more depth. small segments of music was added thruout the performance. this distracted from a very nice vocal performance. at times difficult to hear.

worst quality recording ever from audible. even worse the frequent suddenly bursts of loud music that drowned out the narrator and made me jump.

loved it from beginning to end. The music was perfect for the book adding authenticity. I would recommend this book

What made the experience of listening to Hawk O'Toole's Hostage the most enjoyable?

I love all the old classic short stories from Sandra Brown, classic romance

Which character – as performed by Morgan Fairchild – was your favorite?

she should have done more books

Nothing too profound but a nice light read

Would you try another book from Sandra Brown and/or Morgan Fairchild?

Get the unabridged version

I read this story years ago and fell in love with it. However this version doesn't do justice the book, too much of the story has been left out. I recommend the unabridged version for a good love story with honor in its characters.