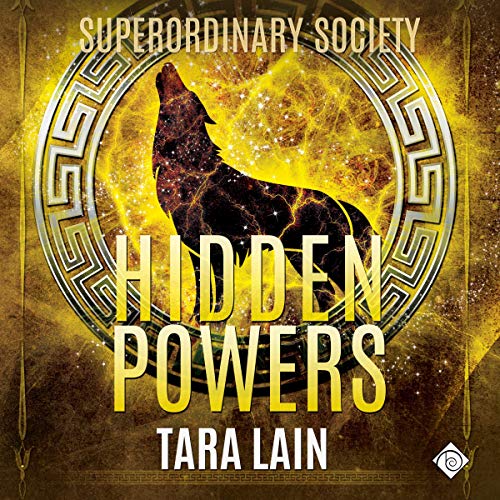 Jazz Vanessen is weird - and not just because he’s a werewolf. For most of his life, he’s felt different from his alpha male brothers and friends. Since he’s adopted, he can’t even blame it on family.

Now 18, Jazz meets his idol, the social activist Lysandra Mason, and her breathtaking nephew, Dash Mercury. When Dash is around, even stranger things start to happen, including Jazz falling hopelessly in lust. Not only is Jazz having visions, making people disappear, and somehow turning invisible, but somebody’s following him and threatening to reveal his pack’s secrets to the world.

Together with Dash and Jazz’s equally amazing friends - Carla, BeBop, Khadija, and Fatima - they discover the danger is even more lethal than they thought, and Jazz’s weirdness may save all their lives.

Werewolves, Mages and various Paranormals flourish in this teen fantasy romance. Not your usual HEA but a nice ending just the same

Enjoyable start to a series.

I did find out, like others, that this series is a spin-off of the Harker Pack series and while it made me curious about the characters from that series that appeared in this one, I don't feel like I lost anything by not reading that series first. Also because I didn't read that series, I had no idea of how these characters especially the main character Jazz would behave other than what is presented here. And I like what I read so this might be a win win as far as what I've seen in other reviews. I like that it was almost YA in the characters maturity levels and how far much sex is included. Jazz and Dash are immediately attracted to each other but they don't act on it for a little while. Not while Dash is holding secrets about why Jazz feels different from most werewolves, and not while Jazz is being pressured to become an alpha for another pack that has no other alphas to rule. Jazz's family seems awesome and so do the friends he and Dash end up forming the Superordinary Society with. There are a lot of different magical beings and a few humans with the bravery and brains to help fight a half werewolf/half mage enemy. I saw a few dnf reviews for this book and I'm glad I don't read reviews until I read the book because I really liked this book, the plot, and the characters.

The narration was good. I thought the narrators female voices made him sound so different, it was hard to remember that it was the same person voicing all these characters. I thought he did a good job differentiating between characters but there were one or two voices that were a little annoying to me. All in all, the narration did add to the book and I would listen to him again.

thus book is great for a teenager now getting into reading novels, for me it was disappointing.

Good story, good narration, I'd class it YA.

My biggest issue was the narration. While voices were distinctive, he read too fast, running sentences together too often.

Filled with magic, shape-shifting and an undercurrent of romance. I look forward to the next book in the series!

I enjoyed reading this first part in the series and I am anxiously awaiting to read more. Though some questions were answered, there are some questions that were left hanging leaving the reader hankering for more, particularly what is the next step for Jazz and Dash. The cast of characters within the society are intriguing and I will be curious to discover each of their backstory. Again, super enjoyable and I look forward to reading more.

Jazz Vanessen is an outcast in both the human and the supernatural worlds. He is a gay werewolf, but he thinks something else is going on with him. The effects of this condition are greater after his best friend, Carla, is attacked by several boys in the woods. When they disappear and Carla's memory of the event is fuzzy, Jazz thinks he might have caused the incident. Now, Jazz is the center of attention for possibly three separate entities. One is Lysandra Mason, Jazz's idol. After meeting Lysandra and her nephew, Dash Mercury, at the picnic, Jazz falls for Dash. Can the two get past each other's secrets to find the threat to Jazz, or will their personal mysteries block progress?

If you're looking for a YA Paranormal story with a host of supernatural creatures and a huge extended family, this is the book for you!