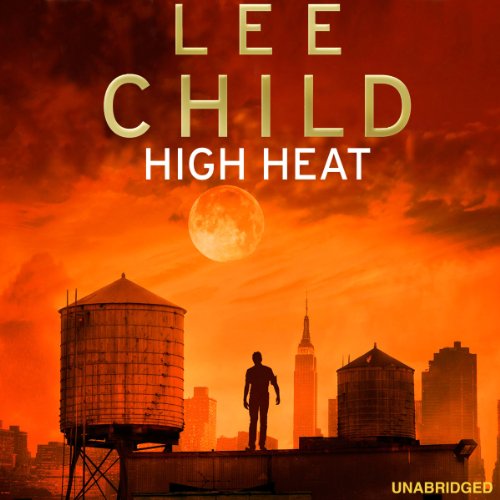 July 1977. Jack Reacher is almost 17, and he stops in New York on his way from South Korea to visit his brother at West Point. The summer heat is suffocating, fires are raging in the Bronx, the city is bankrupt, and the mad gunman known as Son of Sam is still on the loose.

Reacher meets a woman with a problem, and agrees to help her... and then the power grid fails and the lights go out, plunging the lawless city that never sleeps into chaos. What does a visiting teenager do in the dark? If that visiting teenager is Jack Reacher, the answer is: plenty.

What listeners say about High Heat

Enjoyed the narrative and the heat definitely came across. Perhaps the young guy needed a bit more experience before reaching this high level of awareness. It took me 30 years.

short and sweet but interesting. kept me occupied for nearly two days. quite entertaining. thank you

Brilliant short story. Finished in one go and left me wanting so much more. Kept me enthralled throughout. Hell I even forgave the horrific casting of Tom Cruise as Reacher it was that good, nah I'll never forgive that mistake lol

This is a very short story not worth a credit and the storyline is somewhat even with the greatest imagination to envisage as every happening.

Fantastic listening on my sunbed in Lanzarote!
Lee always delivers a story with a few twists.

Edge of you seat entertainment

What made the experience of listening to High Heat the most enjoyable?

It was a story that had you gripped from page one.

The local characters who all were involved in some kind of subtafuge.

Have you listened to any of Kerry Shale’s other performances? How does this one compare?

No this was the first time and would listen to more performances.

Stay on the train!

Great storyline, good well developed characters with a great subplot!!!
Very well paced and great to see how Reacher the started out.

Story wasn't up to the usual standard, even considering the length, but the narrator was a believable young Reacher

Beware, if you don't feel good about buying less than half a book at full price then don't buy this one. I'm a little disappointed with what I received for my monthly credit...