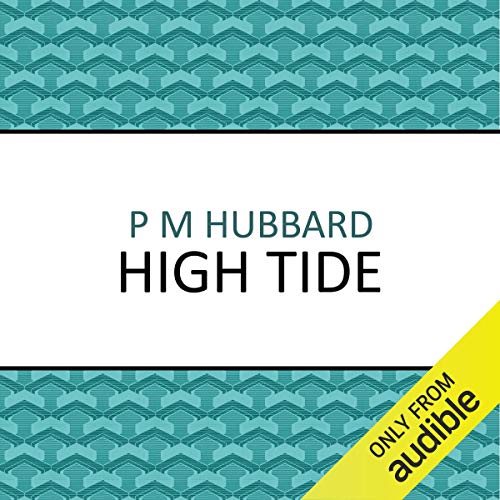 Released from prison after serving a sentence for manslaughter, Curtis decides to drive through the West Country, returning by a roundabout route to the scene of the crime that landed him in jail. But it seems that he is still under surveillance, and when the mysterious yet genteel "Mr Matthews from Surbiton" confronts Curtis with questions about his victim’s last words - "high tide at..." - Curtis decides to investigate precisely what that phrase signifies.

Praised by critics for his clean prose style, characterisation and the strong sense of place in his novels, Philip Maitland Hubbard was born in Reading, Berkshire and brought up in the Channel Islands. He was educated at Oxford, where he won the Newdigate Prize for English verse in 1933. From 1934 until its disbandment in 1947 he served with the Indian Civil service, then for the British Council, before retiring to work as a freelance writer. He contributed to a number of publications, including Punch, and wrote 16 novels for adults and two children's books. He lived in Dorset and Scotland, and many of his novels draw on his interest in and knowledge of rural pursuits and folk religion.

"A most imaginative and distinguished practitioner... with an assurance and individuality of style and tone." (The Times)
"If any man had the art of button-holing, making you read on, it is P.M. Hubbard.... Suspense could hardly be better sustained."(Tatler)
"Hubbard succeeds in investing everyday circumstances and the commonplace functions and rituals of daily living with a shapelessly menacing quality." (Anthony Quinton, Times Literary Supplement)

What listeners say about High Tide

A grown-up boy's own adventure

Where does High Tide rank among all the audiobooks you’ve listened to so far?

It was very enjoyable

The main protagonist, Curtis, who is not a policeman nor a private detective, just a young man who finds himself in a very peculiar situation and does his amateur best to put matters right.

I would not be able to single out any particular scene.

Stay away from Cornwall!

I found this book reminiscent of the novels by Dornford Yates about Berry and Co - only in the 21st century.