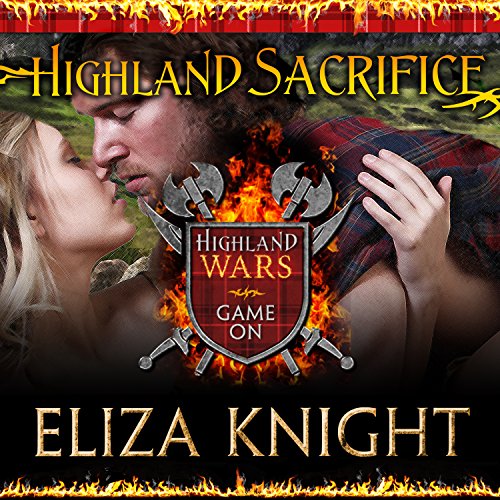 Macrath Mor and Ceana MacRae fought valiantly to win their temporary titles as prince and princess of Sìtheil during the bloody war games. A burgeoning love and countless hopes and dreams for the future of Scotland fill the daytime hours, and passion holds them at twilight. Just married and given only five years to rule before the next set of savage games begins, Macrath and Ceana have vowed to take down the royal council in charge of the war games, but before they can move ahead, they first have to conquer their enemies - and their own personal demons.

With the ghosts of their pasts chasing them and their adversaries stopping at nothing to see them destroyed, ruling Sìtheil will prove to be a challenge not only for their reign but also for their love.

What listeners say about Highland Sacrifice

Well I completed Book 2. Once again it is a well written book but too harsh for me. I wanted to see what would happen to Ceana and Macrath. If you are looking for a feel good book, this series so far is not it. The cruelity goes too far for me. One thing though, the love between Ceana and Macrath develops well.

Story ended without a good ending and abruptly. Did not like this one!

Eliza Knight missed it on this one