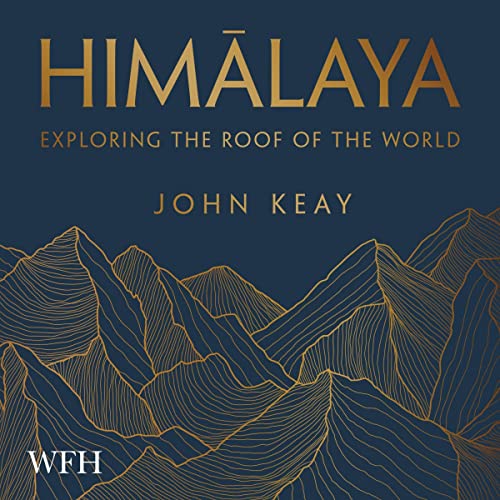 Himalaya is one of the world's most extraordinary geophysical, historical, environmental and social regions.

Historian John Keay introduces us to the myriad mysteries of this vast, confounding and utterly fascinating corner of the planet, and makes the case that it is one of our most essential—and endangered—wonders.

More rugged and elevated than any other zone on earth, it embraces all of Tibet, six of the world's eight major mountain ranges and nearly all its highest peaks. It contains around 50,000 glaciers and the most extensive permafrost outside the polar regions. Over an area nearly as big as Europe, the population is scattered, often nomadic and always sparse. Many languages are spoken, some are written and few are related.

Religious and political affiliations are equally diverse. Borders are disputed, while jealous neighbors shy away from a common strategy for protecting an environment in which desert meets rainforest and temperatures can fluctuate between 30 and -30°C in the course of a single day.

For centuries, Himalaya has captivated an illustrious succession of admirers, from explorers, surveyors and sportsmen, to botanists and zoologists, ethnologists and geologists, missionaries and mountaineers.

What listeners say about Himalaya

A must read for all Himalaya lovers

John Keay is among the most authoritative voices when it comes to the history of Himalayan region as well as China and India. This work covers the entire spectrum of Himalayan knowledge with a larger emphasis on colonial era expeditions to the region. The subject is so wide that even this 400+ page book seems like an introductory work about all the subjects covered in the book. Narration is superb but pronunciations of place names and Indian names should have been improved. Overall the book is a must read for all Himalaya lovers.