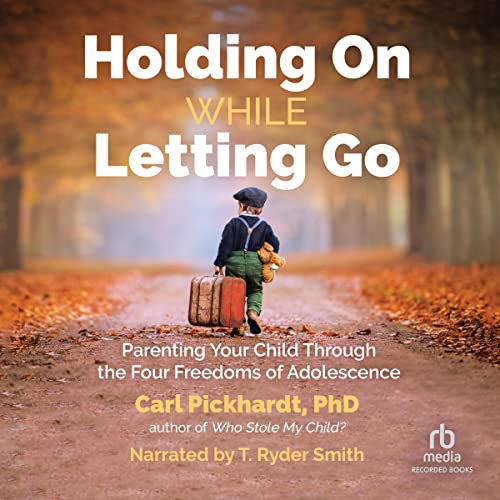 Holding on While Letting Go

Parenting a teenager is not for the faint of heart. It is during these roller-coaster years that frustrated parents find themselves at their wits' end, barely even recognizing their offspring as they move through the teen years. Carl Pickhardt, Harvard-trained psychologist and the voice of reason behind Psychology Today's advice column, "Surviving (Your Child's) Adolescence," shares critical insights and practical tools that parents need to know along their child's rocky road toward independence and adulthood. There's a reason the road is rocky—it's supposed to be. How adept parents become at navigating the twists and turns with less handholding and hitting the brakes directly correlates to how successful their child will pass through what are four critical milestones that lead to successful adulthood and independence.

What listeners say about Holding on While Letting Go