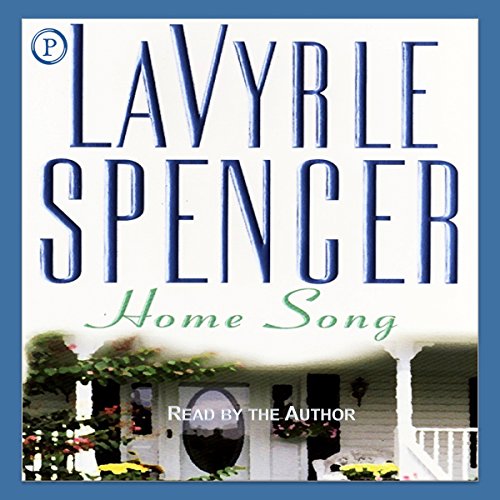 Are there sins of the heart beyond forgiving? The Answer is revealed in LaVyrle Spencer's powerful novel of a family whose future is imperiled by the past. When a new student transfers to principal Tom Gardner's school, Tom instantly recognizes that this teenager is the son he never knew he had, the result of a one-night stand years before. Raised by an adoring and fiercely independent mother who never revealed the name of his biological father, Kent Arens is a fine young man. But his very presence represents something deeper- and darker-to the members of Tom Gardner's family.

To Claire, Tom's wife, Kent is the symbol of an act of betrayal so bitterly wrenching she cannot forgive her husband. To Chelsea, their daughter, he is the boy she is falling in love with and to Claire's son, Robby, Kent is his rival in the classroom and on the football field.

As the Gardners careen toward disaster, they must learn the true meaning of unconditional love. In that lesson, Home Song strikes a universal chord in all of us.

One of my favorites.

Would you consider the audio edition of Home Song to be better than the print version?

They fair the same.

I enjoyed the family dynamics with the mother aging and still seeing her daughter as she was years ago.

I have mixed feelings about this book. It is the story of a family torn apart by an infidelity from the past.

Before the indiscretion comes to light, the family is portrayed too much like Donna Read’s TV family or “Leave it to Beaver”. The family was too gooey sweet. Too perfect… Then Claire, the mother, becomes a little too melodramatic when she finds out about the infidelity.

It is just an "okay" book but not as good as Spencer’s other books.

Would you listen to Home Song again? Why?

Would you be willing to try another one of LaVyrle Spencer’s performances?

No. Whilst I enjoyed the book and LaVyrle is a good writer I did not like her narration of the story. Her voice work on the teenage characters was poor and was very whining.

A good story but I would recommend reading the book.