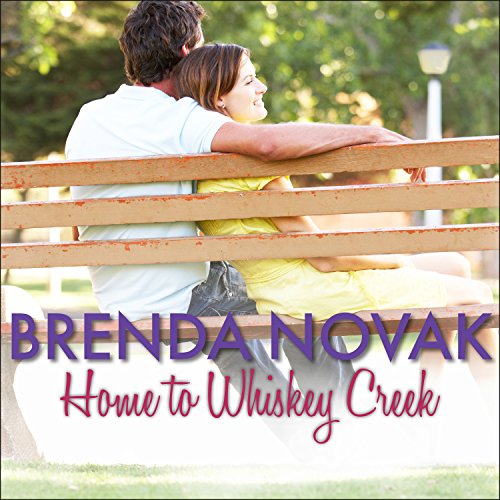 Adelaide Davies, who's been living in Sacramento, returns to Whiskey Creek, the place she once called home. She's there to take care of her aging grandmother and to help with Gran's restaurant, Just Like Mom's. But Adelaide isn't happy to be back. There are too many people here she'd rather avoid - people who were involved in the events of that terrible June night 15 years ago. Ever since the graduation party that changed her life, she's wanted to go to the police and make sure that the boys who were responsible - men now - are punished. But she can't, not without revealing an even darker secret. So it's better to pretend. Noah Rackham, popular, attractive, and successful, is shocked when Adelaide won't have anything to do with him. He has no idea that his very presence reminds her of something she'd rather forget. He only knows that he's finally met a woman he could love.

What listeners say about Home to Whiskey Creek

Great series. Leaves me wanting more. The reader let her voice too much for effect and I missed a fair amount. Please don't do that.

Absolutely loved this story! One of the best I've read in the Whiskey Creek series!

This is a great read as a stand alone but when I found out it was a series I quickly got out Audible and sought out the other books. When reading a series you have time to learn about the people featured and make them friends.

Home to Whiskey Creek (Whiskey Creek, #4) was another great read by Brenda Novak. Adelaide returned to Whiskey Creek to take care of her aging grandmother. She also is helping at her Gran's restaurant, Just Like Mom's. But Adelaide doesn't want to be back with all the memories from the terrible night at a graduation party, fifteen years ago. Noah saves Adelaide after someone kidnaps her and winds up leaving her injured. Noah doesn't understand why she wants nothing to do with him. I really enjoyed reading Adelaide and Noah's story and can't wait to read more by Brenda Novak.

good story but the quality of the recoding was not. sometimes the reader spoke to softly to hear what was being said.

This was a good story and even though it is part of a series - it can be easily read as a stand-alone. It’s in the longer side but the action moves quickly. The friendships are very strong and the subject matter mature.

Another no from me

Normally, I love Brenda Novak's books. this one was really hard to get through due to the plot and narration.

There were major plot holes, uncessary dialog and story lines. I don't want to put out any spoilers. Let's just say that the whole best friend's gay plot wasn't necessary for this book and could have went another way.

The narrator's voice was bland and was grating at certain points. Her voice of the grandmother sounded like an old witch instead of a grandmother.

I will continue to read her books but this one is not on my favorite list.

I love this series of Whiskey Creek.

I hope the author continues to expand on the series. I surely would like a story line expanded on Joe (Gale's brother), on Baxter and on Eve. It would also be nice to have more of the others already written about be part of the stories as their lives progress within each new book going forward. I love these down to real life stories that everyone can feel like you right there with all of them.

Took me a while

It took me a while to get into in it but then it got better--narrator did not help. I was hoping that they would go back to Amy Rubinate as the narrator. I still will read the next in the series--want to know what happened to the others in the group.