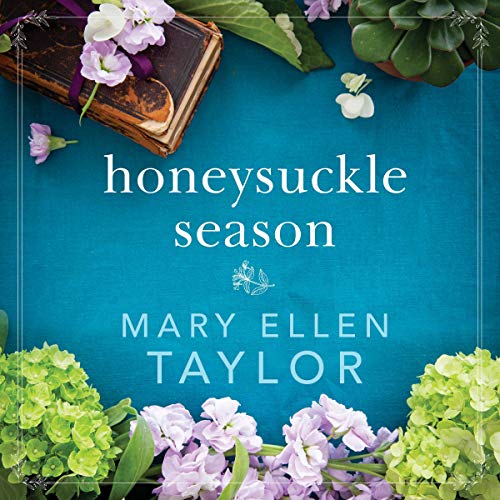 Adrift in the wake of her father's death, a failed marriage, and multiple miscarriages, Libby McKenzie feels truly alone. Though her new life as a wedding photographer provides a semblance of purpose, it's also a distraction from her profound pain.

When asked to photograph a wedding at the historic Woodmont estate, Libby meets the owner, Elaine Grant. Hoping to open Woodmont to the public, Elaine has employed young widower Colton Reese to help restore the grounds and asks Libby to photograph the process. Libby is immediately drawn to the old greenhouse shrouded in honeysuckle vines.

As Libby forms relationships and explores the overgrown - yet hauntingly beautiful - Woodmont estate, she finds the emotional courage to sort through her father's office. There she discovers a letter that changes everything she knows about her parents, herself, and the estate. Beneath the vines of the old greenhouse lie generations of secrets, and it's up to Libby to tend to the fruits born of long-buried seeds.

What listeners say about Honeysuckle Season

Setting: Bluestone, VA 1940s and 2020-21 and 1994 in Trenton, NJ
Genre: women’s fiction
This book switches times periods, mainly between the early 1940s and late June-August, 2020.
Sadie Thompson was a 15 year old from a family of moonshiners. Her father died 2 years ago, and the older boy, Danny had joined the Army soon after. Now, just weeks after Pearl Harbor, her brother Johnny signed up as well. Running the farm and making the shine will fall to Sadie, but without Johnny’s occasional shifts at the furniture factory in Waynesboro, ready cash will be short. On Christmas Eve, she and Johnny take the annual honeysuckle moonshine order to the Carters at the Woodmont Estate. Young Dr. Edward Carter lives in the home that has been in his family since it was built in the 18th century with his new bride. He met Olivia in London, after he finished a fellowship at Oxford, during the blitz when he was working at a hospital where she volunteered. Upon meeting Sadie, he offered to hire her to be Olivia’s driver. They became friends, but Dr. Carter did not trust Sadie, and he fired Sadie at the first suggestion of a transgression.
Libby has been a wedding photographer for 5 years. Before that, she was an oncology nurse, “but it got to be too much” so she had to step away. [this bothered me. First because, just because you can’t handle the pain and dying in oncology doesn’t mean there aren’t other areas of nursing to explore. Also, the author characterizes Libby as pulling away from her nursing career rather than being drawn to photography.] She is back in her childhood home after 3 miscarriages, a divorce, and her adoptive father’s death. Her adoptive mother had committed suicide when she was 13, so at 31, she is alone in the world. Now she sleeps on the couch every night — after checking all her ex’s social media accounts and drinking copious amounts of wine. She is hired to photograph the wedding of Ginger, the daughter of the Woodmont cook, in the estate gardens. The latest Carter descendant, Elaine Grant, asks Libby to photograph the renovation of the greenhouse that Elaine’s grandfather (Dr. Edward Carter) had built for Olivia, his English bride. Then Libby finds something about her own past while going through her father’s papers. There’s also a side story about Libby’s widowed friend Sierra, but it goes nowhere. I’m not sure if she was introduced to play lead in a book of her own, or if there was an intention to flesh out that story that never happened.
I really wanted to love this book, I did! But I really couldn’t. It barely dragged me into the oh-so-average area of like. For one thing, this isn’t just a dual POV between Sadie in her time and Libby in the present day. There are forays into Olivia’s, Elaine’s, and even Margaret’s POV at different points. It’s jarring.
Style aside, I just couldn’t with these characters. Sadie comes across as a bit of a caricature of a backwoods girl, and Libby seems to be in need of a few sessions of psychotherapy, and maybe a couple of AA meetings. I really didn’t care for any of the characters in this book. Well, I take that back. Olivia is stronger than others take her for, but I think that strength did not lead to happiness.
As for the plot, or rather plotS, I found nothing truly compelling about what was going with Sadie, and even less with Libby. And what’s more, I couldn’t see where these two characters intersected. Libby didn’t know anything about Sadie until well into the story, and there was nothing besides a picture and a mention in Olivia’s gardening journal to get her asking the Woodmont cook about her. Why? There was nothing in Sadie’s life that truly impacted Libby. Even after finishing, after seeing where both of these stories went I can’t see what one had to do with the other. Certainly I couldn’t see Libby develop any kind of cross-generational connection with Sadie.
In my opinion, this book should have been focused solely on Libby, or on Sadie.
A book that would take me 8-10 hours tops to read/listen through, took two and a half days. I kept putting it down and wandering away. It became a chore! That’s just wrong! I found this book to be so passive, with random internal thoughts from different characters that it just could not hold my interest. I finished simply because I wanted to know what these two stories had to do with one another. The connection is tenuous and meaningless.
The narration by Megan Tusing is fair. Not bad, but not spectacular either. I never lost track of which character was speaking, but that probably has more to do with “he said” and “she said” than the voices she gave the characters. Altogether an average experience.

I flew through the first half of the book - it was richly descriptive and the characters were very interesting. The second half was less satisfying. Everything became predictable, and characters like Lofton and Colton became simple, uninteresting, and flat.

a twisting tale that ends well

this was one that was easy to listen to. a real good book to have.

I thoroughly enjoyed this story and its presentation. The characters here heart-warming as was the story.

Exquisitely narrated, couldn't wait for the next chapter and I didn't want it to end...

Love this book so much...another wonderful story and characters from Mary Ellen Traylor ❤

I tried to pace myself, but this story kept pulling me in closer and closer! I also loved the narration

Just what I needed during this year. What a wonderful story of life that transpired over four generations. Great delivery on Audible. Highly recommend listening to the book about the Carter family.

Truly enjoyed this book. It was hard to follow at the beginning. lots of characters and going back in the 1942 and now took a while to follow. but a wonderful ending.

I am a big fan of Mary Ellen Taylor. I believe I have read all her published works and have enjoyed them all. With Honeysuckle Season, she has achieved her best effort to date. The book weaves beautifully between two story lines taking place in the same location roughly fifty years apart. The characters are very well developed and I really cared what happened to them as the story unfolded. I thought the book ended beautifully and that Megan Tusing’s performance was wonderful.