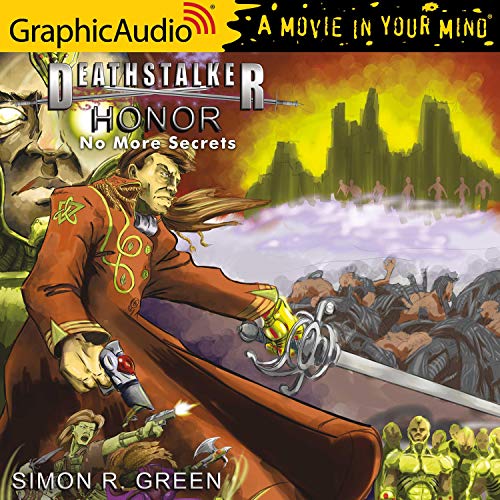 Owen Deathstalker was compelled to make a questionable decision when he reawakened the cyborg army of Hadenmen from suspended animation to enlist their aid in the Great Rebellion. Now he must face the consequences, for the Hadenmen have begun to act on their own agenda. The augmented race has ensnared a planet’s population to facilitate the next stage in mankind’s evolution and recreate all humanity in its own likeness.

Finlay Campbell was a hero of the Great Rebellion, but now he’s a man adrift, a warrior without a clear enemy to fight. In an earlier guise, his true identity unknown to all but a select few, he unwittingly killed the brother of Julian Skye, the man who would later become his best friend. But Finlay’s not the only one with secrets. His true love, Evangeline, has never told him the full extent of her twisted father’s depredations. These and other dark revelations have been dormant until now, when the web of deceit begins to unravel, with devastating consequences for the guilty and innocent alike.

What listeners say about Honor (2 of 3) [Dramatized Adaptation]