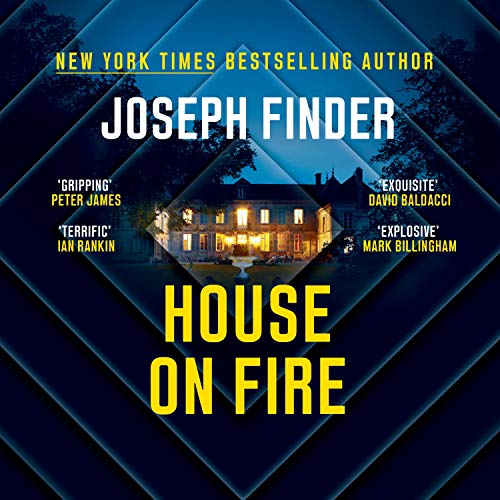 Nick Heller, private spy, exposes secrets that powerful people would rather keep hidden. At the funeral of his good friend Sean, an army buddy who struggled with opioid addiction, a stranger approaches Nick with a job. The woman is a member of the Kimball family, whose immense fortune was built on opiates. Now she wants to become a whistle-blower, exposing evidence that Kimball Pharmaceutical knew its biggest money-maker was dangerously addictive.

Nick agrees instantly - but he soon realises the sins of the Kimball patriarch are just the beginning. Beneath the surface are the barely concealed cabals and conspiracies: a twisting story of family intrigue and lethal corporate machinations.

What listeners say about House on Fire

Well this is the first action packed book for a while. I enjoyed it. Not to many punch ups or shoot outs. I liked the protagonist Nick a likeable cove.
Might read more of these. Not soppy. Hate soppy. Holster Grahame as the narrator was terrific.