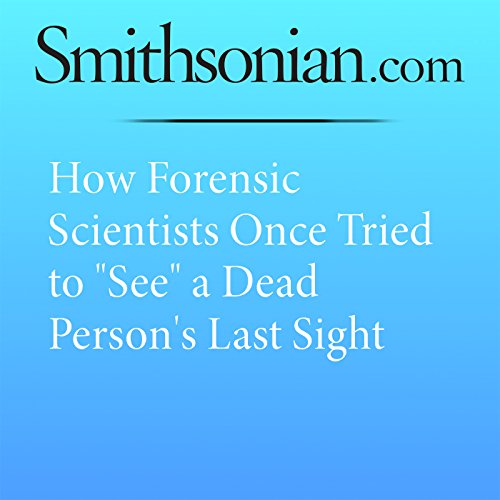 A 20-year-old woman, Theresa Hollander, had been beaten to death and her body found in a cemetery. But the fact that her eyes were still open gave her family hope: Perhaps the last thing she saw—presumably the face of her murderer—was imprinted like a the negative of a photograph on her retinas, writes Lindsey Fitzharris for The Chirurgeon's Apprentice.

"How Forensic Scientists Once Tried to "See" a Dead Person's Last Sight" is from smithsonianmag.com, published on May 23, 2016.