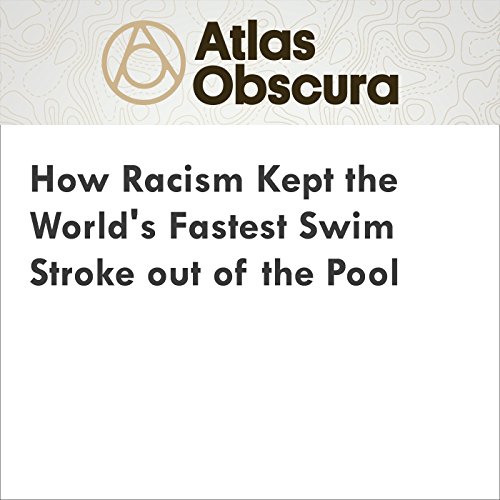 On April 20, 1844, two men from North America jumped into the Bath in High Holborn, a 130-foot pool in London. They were there to show how fast they could go. The British Swimming Society had invited the two men, Wenishkaweabee and Sahma, Ojibwe people from Canada, to compete against each other for a silver medal. Both times that the two swimmers raced the length of the pool, Wenishkaweabee won; in the first race, he was seven feet ahead. But the contest between the two men was less significant than the speed with which they both crossed the pool, in under 30 seconds.

"How Racism Kept the World's Fastest Swim Stroke out of the Pool" is from atlasobscura.com, published on August 11, 2016.