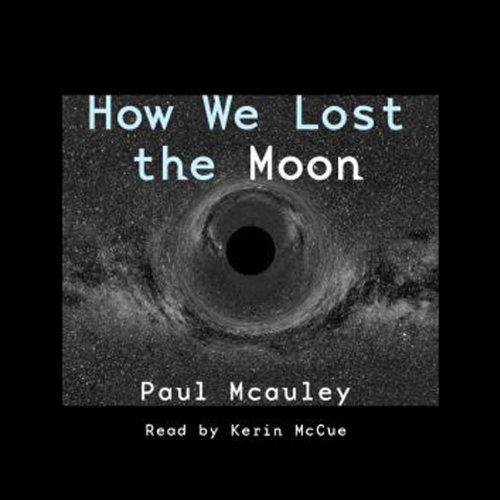 "On the busy, bustling, colonized future Moon, McAuley reminds us that although everyone makes mistakes, some mistakes have far greater consequences than others..." So writes Gardner Dozois, editor of the Seventeenth Annual Collection of The Year's Best Science Fiction, in an introduction to Paul J. McAuley's How We Lost the Moon. McAuley is widely considered among the best of the new breed of British writers of what is known as "radical hard science fiction." He is the winner of numerous science fiction writing awards, including the Philip K. Dick Award for his first novel, Four Hundred Billion Stars, and the Arthur C. Clarke Award and the John W. Campbell Award in 1996 for his novel Fairyland. This unabridged reading of How We Lost the Moon is available in audio exclusively from audible.com®.
Executive Producer: Laura Wilson
Produced by Paul Ruben
©1999 by Stephen Baxter
(P)2000 Random House, Inc.

What listeners say about How We Lost the Moon, A True Story by Frank W. Allen

I didn't know what I was getting into when I downloaded this, but I ended up with an entertaining 40 minutes of sci-fi for a cheap price. The idea behind how the moon is destroyed is spooky and catchy. This is a nicely executed short story that feels a bit like a fun TWILIGHT ZONE.

It was an interesting short science fiction story, and appropriately priced for such a snippet of an audiobook. The story was interesting and fairly hard sci-fi, but lacked any sort of real conflict or hook - no drama, no action, just a sort of bored resignation with some side comments mentioning that other people were upset at the loss of the moon.

What really disappointed me about this audiobook was the narration - I had to keep checking the publishing date to make sure I wasn't getting a story from the 50s. It just didn't match up, the hard modern science fiction and near-future technology with the hokey, small-town, old-fashioned narration.

Still, all in all it was an interesting story, and worth at least the three dollars and half an hour of your time.