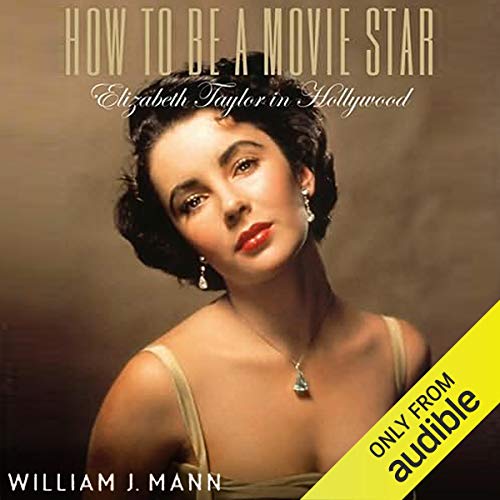 Elizabeth Taylor's career marked a turning point for American celebrity culture: old-fashioned modesty and feminine docility receded into the past, as Taylor assumed an image - not always intentionally - marked by pluck, sexuality, and unapologetic honesty. Publicly, Taylor was infamous for spats with studio executives, multiple marriages, and adulterous affairs. At the same time, Taylor was widely recognized as a talented and cooperative worker, a warm and humane personality, and a charitable champion of civic causes. Striking a tone worthy of the "good bad girl" herself, actor Mark Boyett delivers this exhaustive biography with homespun authenticity and intimacy, nevertheless infusing the actress' glamorous exploits, groundbreaking successes, and enduring legacy with an almost lyrical, prosaic intonation - a fitting ode to one of cinema's most remarkable icons.

Elizabeth Taylor has never been short on star power, but in this unprecedented biography, the spotlight is entirely on her - a spirited beauty full of magic, professional daring, and wit.

Acclaimed biographer William Mann follows Elizabeth Taylor publicly as she makes her ascent at MGM, falls into (and out of) marriages, wins Oscars, fights studio feuds, and combats America's conservative values with her decidedly modern love affairs. But he also shines a light on Elizabeth's rich private life, revealing a love for her craft and a loyalty to the underdog that fueled her lifelong battle against the studio system. Swathed in mink, disposing of husbands but keeping the diamonds - this is Elizabeth Taylor as she lived and loved, breaking and making the rules in the game of supreme celebrity.

In the 60s, Elizabeth Taylor's affair with the married Richard Burton knocked John Glenn's orbit of the moon off front pages nationwide. Yet, despite all the gossip, the larger-than-life personality and influence of this very human woman has never been captured. William Mann, praised by Gore Vidal, Patricia Bosworth, and Gerald Clarke for Kate, uses untapped sources and conversations to show how she ignited the sexual revolution with her on-and off-screen passions, helped kick down the studio system by taking control of her own career, and practically invented the big business of celebrity star-making. With unputdownable storytelling he tells the full truth without losing Taylor's magic, daring, or wit.

Listeners will feel they are sitting next to Taylor as she rises at MGM, survives a marriage engineered for publicity, feuds with Hedda Hopper and Mr. Mayer, wins Oscars, endures tragedy, juggles Eddie Fisher, Richard Burton and her country's conservative values. But it is the private Elizabeth that will surprise - a woman of heart and loyalty, who defends underdogs, a savvy professional whose anger at the studio's treatment of her led to a lifelong battle against that very system. All the Elizabeth's are here, finally reconciled and seen against the exciting years of her greatest spirit, beauty, and influence. Swathed in mink, staring us down with her lavender eyes, disposing of husbands but keeping the diamonds, here is Elizabeth Taylor as she was meant to be, leading her epic life on her own terms, playing the game of supreme stardom at which she remains, to this day, unmatched.

What listeners say about How to Be a Movie Star

The author states up front that rather than be the kind of detailed biography you can find anywhere else, this is specifically a look at Elizabeth Taylor's rise to stardom. I think that's a bit disingenuous, as much like any other famous Elizabeth in history, it's impossible to separate the lofty career from the personal life of the woman herself. One defines the other.

Everything that made Taylor who she was is put under the spotlight for this. Her parents and upbringing within the studio system are detailed, which helps to put her career as an independent actress into proper perspective. Her husbands, friends, colleagues, and even her detractors are all set into her orbit, their worlds revolving around her star. There are a great many quotes, anecdotes, and news clippings within that help round out the basic facts, but at the end of the day, Taylor's star power outshines everything, including the author's attempts to be unbiased. There are some private conversations that are seemingly quoted verbatim, which don't seem to have any supporting documentation, but they are believable and add to the already heightened personality of this story. How much is true? Where a Hollywood legend is concerned, who's to say? There's a great line in the Jimmy Stewart film "The Man Who Shot Liberty Valence" that pretty much sums up the nature of this book:

"When the legend becomes fact, print the legend."

That's not to say there aren't facts here. If anything, Taylor's life sometimes proves that fact is stranger than fiction, such is the nature of living at her level of prestige. Regardless, if you're interested in the glamour of Hollywood, bigger than life personalities, or just really fascinating stories from a world beyond the everyday 9 to 5, this one's a fun read.

And all this man's books. The narrator is enjoyable. This book never gets boring 🙏 thank you.

An intelligent and well researched analysis of the Elizabeth Taylor phenomenon as well as insights into her personality.

What made the experience of listening to How to Be a Movie Star the most enjoyable?

I think it was her triumphant return to stardom when she appeared on Broadway in "The Little Foxes."

This is a no-brainer for any Liz Taylor fan!

I have always wanted to know more about Elizabeth Taylor and her very long career in the old and new Hollywood systems. Especially interested in all her marriages and how she managed to have so many in her lifetime.

The story is great and the performance by the voice artist is incredible. One of the best I have listened to.

My only criticism is that after Her marriage(s) to Burton, the rest of her life is included in one chapter and an incredible amount of story/information is skipped and missed.

I doesn’t take away from the overall narrative just a little disappointing.

I didn't enjoy this book as much as I did Tinseltown by the same author. I felt that there was too much attention to the Taylor Burton relationship. Also I got tired hearing about her jewelry. A bit less star worshiping would have been appreciated.

You recall "Ladies and Gentlemen" at the Circus? Well that is what is sounds like to me in the first hour ... going to send it back. Perhaps its because its not really telling a story, but like a documentary .. highlights .. anyhoo returning.

Love the narration! Lots of fun! Luv Liz more than ever imagined... sympathy and understanding

I enjoyed this book and hearing the stories behind the star. I give this 5 stars ⭐️ ⭐️⭐️⭐️⭐️

Mr Mann’s prose is a delight to hear and the reading is first rate. Taylor is one of a kinda.

An enlightening journey with Liz and Dick

I would, as long as my friend was very interested in the Hollywood of the forties and fifties, as I am.

The detail with which the book is filled shows that the research was very thorough.

Have you listened to any of Mark Boyett’s other performances? How does this one compare?

I don't believe so.

Well if that had been possible, but a little too long for that.

For a Hollywood nut, like me, this was essential listening, lots of small detail and scene setting brought this to life, I have read lots of books on Elizabeth Taylor before but still found this to have lots of information I had not discovered , fascinating .