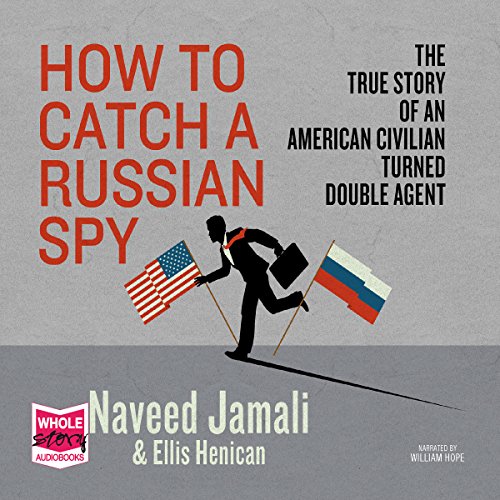 How to Catch a Russian Spy

In 2008, almost two decades after the Cold War was officially consigned to the history books, an average American guy helped to bring down a top Russian spy based at the United Nations. He had no formal espionage training. Everything he knew about spying he'd learned from books, films, video games and TV. And yet, he ended up at the centre of a highly successful counterintelligence operation that targeted Russian espionage in America.

Glad I finished it

I found out about this book watching an author speaking at International Spy Museum. He seemed self centred but I decided to give the book a try anyway. It's average at most. It's basically a story of a man who tries too hard to be important. Self-centred, all-about-me attitude, trying too hard to be funny. I understand he wanted to get recommendations for Navy, but boy, was he annoying ...
This book could've been half shorter had he removed all the "I" and "me" pronouns and cut out some redundant "background" pieces.
Don't bother

Story just doesn't have enough activity in it to sustain interest. Was expecting either comedy or insight into the amateur spy game. In truth all I took out of it was the inane thoughts of a neurotic guy who is frustrated at not being a real spy. One word description - 'boring'.