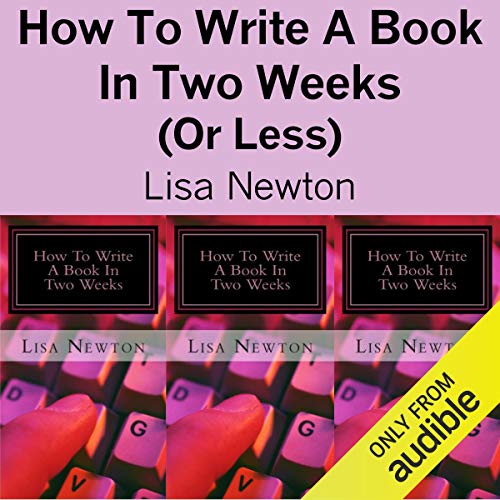 How to Write a Book in Two Weeks (or Less)

Do you have a burning desire to write a book, but don’t know how? Have you been thinking about writing a book for a while, but have just never "gotten round to it"? Would you like to get your book completed quickly?

Serial entrepreneur and author Lisa Newton explains how to write a book in two weeks (or less).

Newton wrote Cosmic Ordering With Vision Boards in two weeks, and following constant questions about "How did you do it?" she explains the process in this book which works particularly well for writing nonfiction books, business books, and self-help books. Newton believes "You can write your book in two weeks if you want to badly enough."

Author Lisa Newton born in Nottingham, UK moved to London to study Accounting with Marketing at Middlesex University. Graduating with a first-class honors degree, she then went on to do an MSc in Investment Management at City University. In the same month of the Masters graduation ceremony at City, Lisa formed Boogles Ltd with £150. Her mum put in £50, and Lisa used £100 of her overdraft. Boogles primarily began as a bookkeeping service and has since expanded, and moved into other markets - such as bookkeeping franchise, bookkeeping training courses and products such as math books & games for kids.

A strong supporter of women in business and entrepreneurial people, Lisa is an Ambassador for Enterprising Women (the UK campaign to give women confidence and ambition to be enterprising - to have ideas and to make them happen). She is a member of the ICB & AAT. Lisa is a serial entrepreneur and holds various directorships in various industries including telecoms, software, hair & beauty as well as finance. She has won various awards in business including: Young Entrepreneur of the Year Award 2007 with Precious Online and in 2008 Enterprising Business Award and has been nominated and a finalist in numerous others. In 2012 & 2013 Boogles won the BKN Best Accounting Franchisor award.

Unfortunately I don't have anything good to say about it. To write a book means for her only to settle on a theme, a title, how many pages, how many chapters. Is that all?

Finding it hard to listen to the narrator

Has How to Write a Book in Two Weeks (or Less) put you off other books in this genre?

It's put me of other books with the same narrator

Would you be willing to try another one of Lisa Newton’s performances?