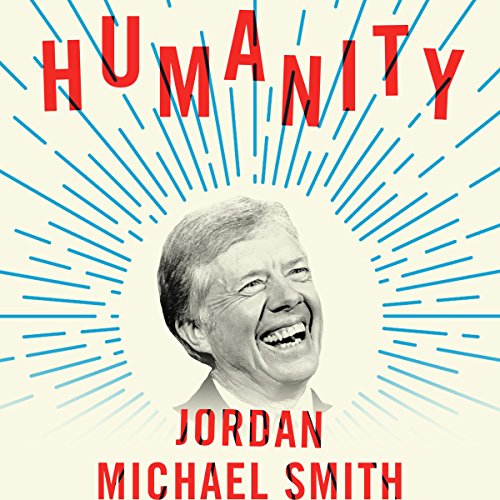 After living in the White House for four years, in November 1980, Jimmy Carter lost the presidential election to Republican Ronald Reagan in a landslide. Carter's unpopularity helped Republicans win seats in the House and gain control over the Senate for the first time in over 20 years. The Reagan Era had begun, ushering in a generation of conservative power. Democrats blamed Carter for this catastrophe and spent the next decade pretending he had never existed. Republicans cheered his demise and trotted out his name to scare voters for years to come. Carter and his wife Rosalynn returned to their farm in the small town of Plains, Georgia. They were humiliated, widely unpopular, and even in financial debt.

Thirty-five years later, Carter has become the most celebrated post-president in American history. He has won the Nobel Peace Prize, written best-selling books, and become lauded across the world for his efforts on behalf of peace and social justice. Ex-presidents now adopt the Carter model of leveraging their eminent status to benefit humanity. By pursuing diplomatic missions, leading missions to end poverty, and working to eradicate disease around the world, Carter has transformed the idea of what a president can accomplish after leaving the White House.

This is the story of how Jimmy Carter lost the biggest political prize on earth - but managed to win back something much greater.

Jordan Michael Smith is a contributing writer at Salon and the Christian Science Monitor. His writing has appeared in print or online for the New York Times Magazine, Washington Post, The Atlantic, Slate, BBC, and many other publications. Born in Toronto, he holds a Master's of Arts in Political Science from Carleton University. He lives in New York City. www.jordanmichaelsmith.typepad.com.

What listeners say about Humanity

Humanity
How Jimmy Carter Lost an Election and Transformed the Post-Presidency
By: Jordan Michael Smith
Narrated by: Kevin Stillwell

This is a short book but very big in information! It told how Carter was the black sheep and outcast when he lost to Reagan. Then how, through his honest and humble acts, have shown that what Carter said he backed up with actions. The Republicans have shown their lack of support of the poor.
The books he has written show he is very far ahead of others. His thoughts on Palestinian is one example when this was not popular.
He was broke when left the White House. His plantation went broke while he was President. He, unlike other Presidents, did not meddle in his company while President.
He is still an example of a great person! A true humanitarian! I person that cares for people of all races, ages, religion, sexes, and does it with his whole heart! He has done this his whole life! He is truly a wonderful man!
Great narration!