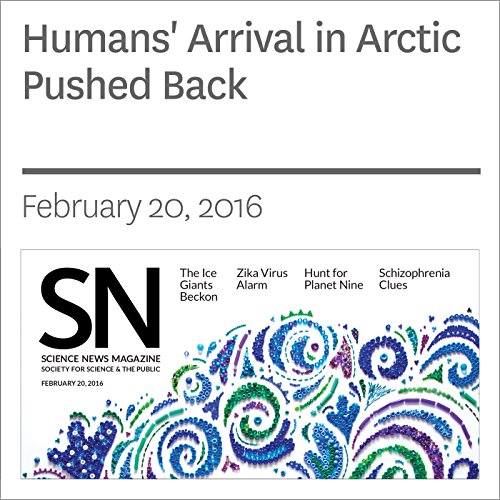 Humans' Arrival in Arctic Pushed Back

Cuts and scrapes on the mammoth’s bones, found in central Siberia, came from human hunting weapons. Dating of the animal’s bones puts humans well north of the Arctic Circle 45,000 years ago, scientists report. Researchers had assumed that humans didn’t reach the Arctic until between 30,000 and 35,000 years ago.