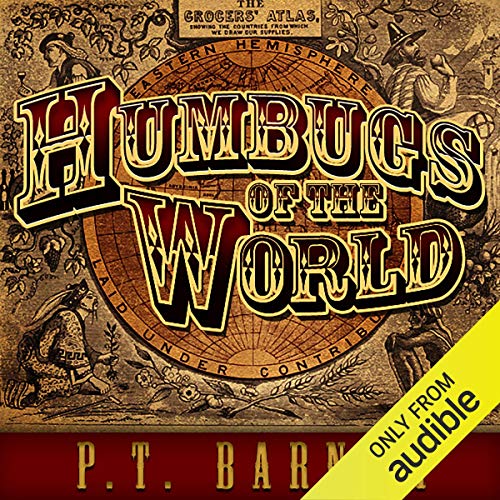 P. T. Barnum was a force of a man who changed entertainment and how it was marketed to the public. Best known as the founder of Ringling Brothers Barnum and Bailey Circus he’s also been attached with the moniker of con man, flimflam artist, and humbug. You won't find a shred of an apology here, however. He defines a humbug in the pejorative sense as someone who, through fraudulent claims, "abuses" the public, in contrast to the harmless sort, such as himself, who "amuses". Barnum, normally the entertainer, is here the politician and Rick Adams takes on the historic and worldly tone of his words in this audiobook describing humbugs from all walks of life encountered during the man’s illustrious life and work.

What listeners say about Humbugs of the World