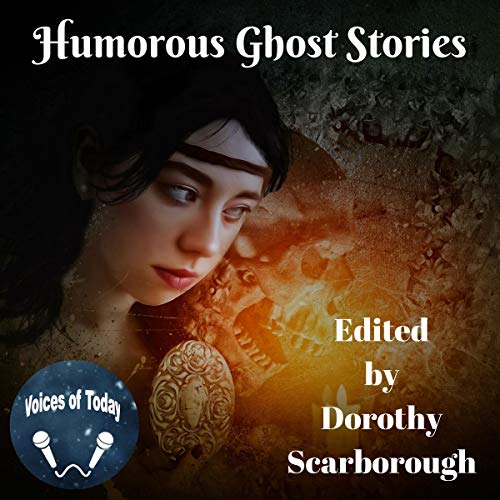 Collected and edited by Dorothy Scarborough

Dorothy Scarborough (1878-1935) was an academic and author who had a particular interest in the supernatural. The following collection, first published in 1921, features stories that have a strong comical or satirical focus.

In the introduction, the anthologist notes:

The modern spook is possessed not only of humor but of a caustic satire as well. His jest is likely to have more than one point to it, and he can haunt so insidiously, can make himself so at home in his host's study or bedroom that a man actually welcomes a chat with him - only to find out too late that his human foibles have been mercilessly flayed.

2. "The Ghost-Extinguisher" by Gelett Burgess

4. "The Mummy's Foot by Théophile Gautier

5. "The Water Ghost of Harrowby Hall" by John Kendrick Bangs

6. "Back from that Bourne" by Anonymous

7. "The Ghost-Ship" by Richard Middleton

8. "The Transplanted Ghost" by Wallace Irwin

9. "The Last Ghost in Harmony" by Nelson Lloyd

10. "The Ghost of Miser Brimpson" by Eden Phillpotts

12. "The Ghost that Got the Button" by Will Adams

13. "The Specter Bridegroom" by Washington Irving

14. "The Specter of Tappington" by Richard Barham

17. "The Lady and the Ghost" by Rose Cecil O'Neill