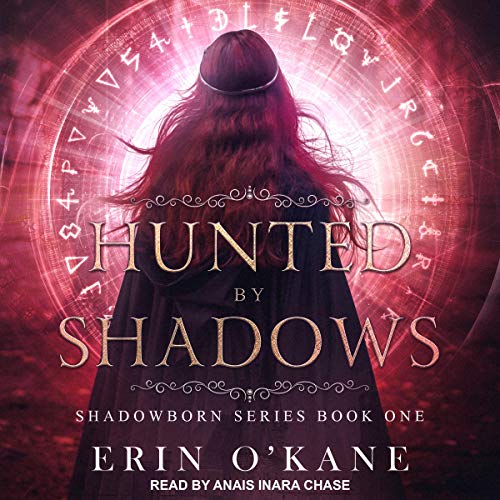 They say not to jump at shadows. That's all well and good, but what if you are being hunted by one?

Tying to escape her past, Ari is working to atone for her actions and have a normal human life. The only problem with that? She isn't human. Unlike most werewolves, she avoids as much contact with the supernatural world as possible, building a life for herself in the human world.

For highly independent lone wolf Ari, this is her worst nightmare, especially as several Alpha males start vying for her affections. Ari will have to decide whether her independence is more important to her than her life.

What listeners say about Hunted by Shadows

I took a chance on this and regretted it. Most of the narrative is the heroin's internal dialogue which is very repettive. (Spoiler) She spends so much time saying she can protect herself and she is a powerful alpha, that it really surprising when she gets beaten up at every turn and needed help healing. The other thing I found extremely annoying is the fact that she seems to be attracted to almost every single man she encounters. Annoying story/protagonist, not worth the credit.