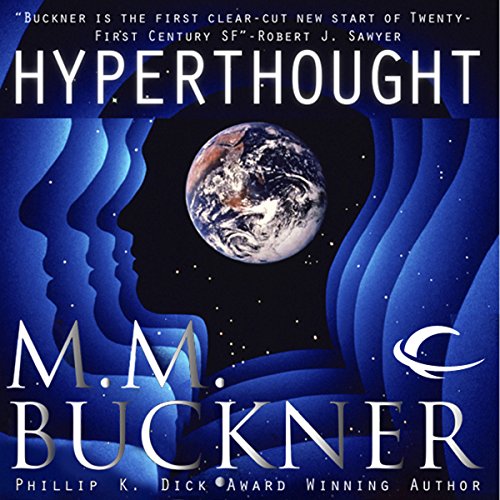 Hyperthought recounts the adventures of a young man who trusts an unscrupulous doctor to enhance his brain function, and of a young woman who tries to save him.

The year is 2125, and the Earth has undergone drastic climate change due to global warming. People crowd in sealed underground habitats to avoid the stormy, toxic surface. Feisty little Jolie Sauvage leads extreme surface adventure tours for rich executives. Jolie's friend, Dr. Judith Merida, is peddling a new cosmetic neurosurgery, which she claims will wake the brain's latent, unconscious senses. Jolie introduces Dr. Merida to one of her wealthy tour group clients, Jin Sura, an arrogant but troubled young man with a terrible desire for knowledge. That will prove to be a disastrous mistake.