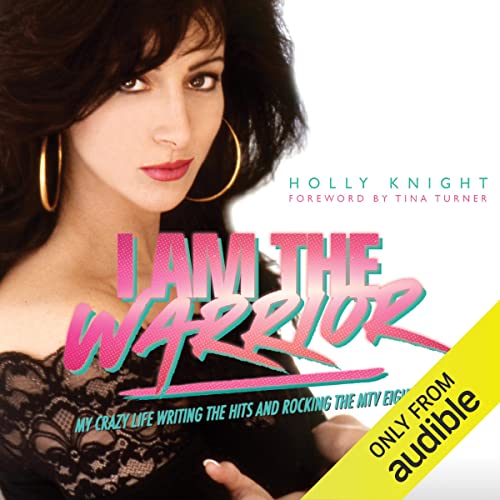 I Am the Warrior

Holly Knight’s singular music career included crafting a good part of the soundtrack to the MTV '80s with mega-hits for Tina Turner (“The Best”), Pat Benatar (“Love Is a Battlefield”), and Patty Smyth (“The Warrior”)—songs that celebrated female empowerment and shaped pop and rock for years to come.

“Holly Knight wrote some of the best and toughest songs for female artists. Her songs helped pave the way for women in rock. Not to mention a few dudes.” (Patty Smyth)

As a writer and musician, Holly Knight worked hard and played hard with the likes of KISS, Rod Stewart, Bon Jovi, Aerosmith, and Heart. She showed the boys how it was done when many women were still struggling to get a foot in the door. Starting in the late 1970s in post-punk New York, Knight, a gifted keyboardist, joined the band Spider—which quickly ascended to buzzworthy status before things began to disintegrate. Fortunately, her song “Better Be Good to Me” found its way to Tina Turner and became the second single on her landmark solo album Private Dancer, launching Holly into rarified air. Soon she was being sought out to write for other artists in search of the big hit or their lead single. Coinciding with the birth of MTV, Knight’s powerful lyrics, hooks, and melodies became a staple on the channel as it exploded into a cultural force.

“People who grew up in the eighties tell me that MTV was the soundtrack to their lives. Holly Knight deserves much of the credit. Few songwriters have written such a diverse collection of songs for such a broad range of superstars.” (Alan Hunter)

But it was an often lonely journey to success. Not only was Holly a woman in a male-dominated industry that didn’t welcome women warmly into the inner sanctum, she carried with her the baggage of a difficult childhood and a fraught relationship with her mother, the substance of which informed the themes that made her songs so anthemic. I Am the Warrior is a story of survival, perseverance, and triumph laced with ample amounts of sex, drugs, and rock ’n’ roll. Backstage, onstage, in the studio, and on the road, this book is a revealing, bang-bang tale that welcomes you along for a look back at one of the most adventurous and colorful periods in music history.

“I Am the Warrior takes readers on a wild ride through the eighties world of rock ’n’ roll from a strong female’s perspective. Songwriters Hall of Fame-inductee Holly Knight delivers the goods and stands out as a creative, gutsy woman who made her way through a field dominated by men, ultimately coming out on top. If you love music like I do, this is a must-read!” (Cassandra Peterson (a.k.a. Elvira, Mistress of the Dark))

What listeners say about I Am the Warrior

Holly gives such an honest and open recounting of the 60’s, 70’s, 80’s and 90’s music zaniness. Music lovers will appreciate her life’s experiences climbing to the top of the charts in an era when women were still needing to be taken seriously. A book by a talented, experienced songwriter.

Shooting and hitting the walls of heartache. The best book on a song writer. No need for to change anything. Holly wins in victories. Glad you stuck to your gun Knight. You’re no rag doll. You took the night and day.

Anyone who is familiar with the music of the 80’s will love this book. A rare glimpse inside music and the mega stars that produced mega hits. Holli does a great job of naming names and painting a realistic picture of what it takes to write and produce music. Great job!

I really Really enjoyed this book. What a incredible lady Holly is and what a crazy awesome life. Loved it and the narrator did a great job

A Phenomenal Insider View of Writing Top Hits of the ‘80s

I absolutely loved listening to Holly Knight’s deeply personal memoir, which focuses on my favorite decade—at least musically: the 80s. You can’t help but root for Holly as she makes her way to the top of an industry that tends not to value the contributions of women. Very cool are the scratch audios of many of her hits sprinkled through the audio. A must-listen for all music fans, not just ones of the ‘80s.

Detailed past of 80’s rock

I loved it along with all the deep trivia of 80’s rock and roll. The only negative I give it is even though Holly herself is reading it to us it sounds like the reader is someone reading it to us for the first time that does not know the story.

Holly is a warrior!!!

Holly’s story is incredibly inspiring, starting with growing up in Manhattan & finding the love for music & a strong work ethic with many memorable stories along the way. The way she reads is if she’s talking to you directly & offers big insight into the songwriting process & the business of music back in the 1980s. If you want to know about the MTV era of music songwriting or Holly’s journey I can’t recommend this enough. She’s an inspiration.