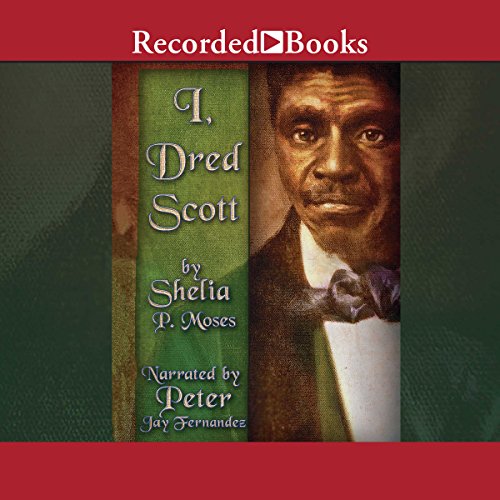 Born into slavery in Virginia in the late 1700s, Dred Scott had little to look forward to in life. But he was fortunate in two ways: His first owner was fairly kind to him, and he grew up with his owner's children, forming friendships that he would come to depend on years later. For on April 6, 1846, Dred Scott and his wife, Harriett, their ownership having changed hands several times during adulthood, took the dangerous and courageous step to sue for their freedom, entering into legal battles that would last for 11 years. During this time Dred Scott would need all the help and support he could get, from folks in the community all the way back to the people with whom he had been raised.

With a foreword by Dred Scott's great-grandson, Shelia P. Moses' stunning story chronicles Dred Scott's experiences as a slave, as a plaintiff in one of the most important legal cases in American history, and, at last, as a free man. Dred Scott's story is one of tremendous courage and fierce determination. His is a life that should be known by, and should inspire, all Americans.

What listeners say about I, Dred Scott

I realize that this is a work of fiction; however, I was expecting greater emphasis on the court proceedings, and greater detail surrounding Dred Scott and his family. The story was interesting enough, I just wanted there to be...more.

This story is a vary historical story. This is a good book because you can learn about slavery,family,and fairness. I recommend this book to all fourth and fifth graders. I give this book a 4 star rating

This book was brought to my attention by another book I have. I had never in my schooling heard of the Dred Scott case and was thrilled to learn more about it. As I continue to learn about the years of slavery I will come back to this book over and over to learn how it played such a part of American Slavery and the courts.