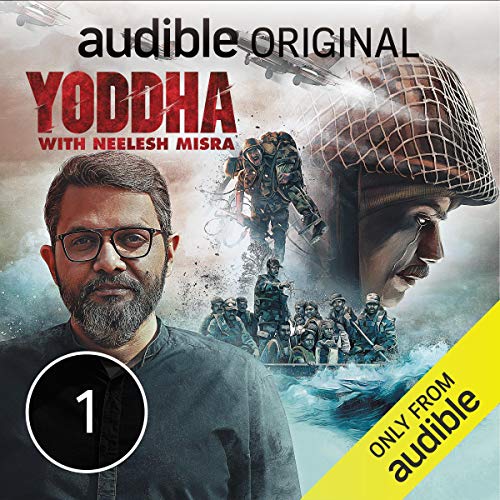 In Episode 1, we look back at the story of Indian Navy Captain Mahendra Nath Mulla and war ship (Blackwood class frigate) INS Khukri. She was sunk off the coast of Diu, Gujarat, India by the Pakistan Navy Daphné-class submarine Hangor on 9 December 1971 during the Indo-Pakistani War of 1971. Khukri is the only ship lost in combat in the history of the Indian Navy. 18 officers and 176 sailors were lost in the sinking. The captain, Mahendra Nath Mulla, chose to go down with the sinking ship. He refused to abandon ship and went down with the vessel. He was awarded Mahavir Chakra, India’s second largest military honour, posthumously. This episode was written by Anulata Raj Nair.

What listeners say about INS Khukhri

What a story and how wonderfully narrated by neelesh mishra......I was not aware with this fact......I like to know stories but I dont like reading......audiobooks are gems for me.

One of the most inspiring story fron Navy of the Valour of their men at sea.

With the help of Mr. Neelesh Misra we know all about our martyred.I feel proud and anger when i listen these stories.Thanks to all of you.

A Short Account of the Story of INS Khukri

It is commendable that Audible decided to bring the story of INS Khukri and Captain Mulla to listeners. While it has been made well, I found the narrative a little short of detail and too disconnected. Neelesh Misra was sounding a little disconnected. I have heard him deliver far better with other stories.

Some critical errors should have been avoided- Mulla is pronounced Malla and not with a U sound.