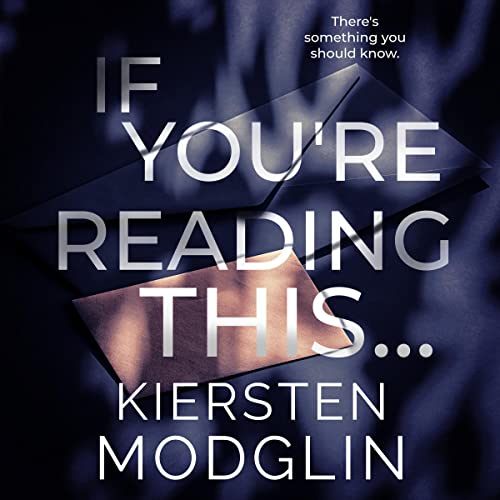 If You're Reading This...

On the one-year anniversary of her wedding, Colbie Moore's life looks nothing like it should. Still grieving the loss of the man she meant to spend her life with, she prepares for a weekend away to take her mind off her heartache, but the simple plan results in much more than she bargained for.

A box of letters, meant for the bride and groom to open on their anniversary, is instead opened by Colbie and her three best friends—Miles, James, and Eric—and what it holds could ruin everything.

A mysterious note from a surprising sender is shocking, propelling Colbie down a dark path to discover the truth about the man she loved—his life and his death—before it's too late. As the mystery unravels, she begins to question everyone around her. What was Phil hiding from her when he died? What secrets are still hidden?

The closer she gets to answers the clearer it becomes that someone has gone to great lengths to protect their lies. And if she pushes any more, everything she has left could be exactly what she stands to lose. Is it worth risking everything to truly know the man she's already lost? After all, she's been warned…she might not be able to handle what she finds.

What listeners say about If You're Reading This...

She's back! Great novel that sneaks up on you! Well developed characters with an imaginative plot. I read everything this author writes and this is definitely one of her better books. I did not see the end coming. It could not have been better.

Loved the twisty plot turns, character development was excellent as always by this author. As the story progresses it easily becomes a non stop page turner or a listen in one day!!!

She has a unique recipe!


If You’re Reading This by Kiersten Modglin

This time Modglin delivers a story of betrayal, power and manhood.

I must say it was not one of my favorites, yet she has a unique recipe to make the reader flip page after page and read the entire book in one sitting! God she is brilliant at that! We want to know where the Modglin plot twist is going to come!

I also must say that even when the MC seem weak at times and in need of a knight with armor and everything, however it IS possible to create that kind of bonds with male friends. At least, I have.

It feels so good to read how these group of friends take care of each other selflessly and willingly and with the only purpose of comforting Colbie when she was at her worst.

As I always say, Kiersten, you’re brilliant and you did it again!

I usually love this author. But this book was very disappointing. So many details left hanging! I was shocked by the poor ending. My least favorite of any book.

This book was so cringy. I've never rolled my eyes so many times while listening to a book.

I have listened to every Modglin book

I love Kiersten Modglin’s books. They are a easy to read or listen to and they are not too long. Sometimes I think they can be too short. This book didn’t hit the mark for me. It wasn’t a mystery really. The main character was annoying. I couldn’t stay interested and skipped chapters to get to the end faster. This was a miss for me.

I was expecting a thriller but, in my opinion , this was not one. The narrator was good.