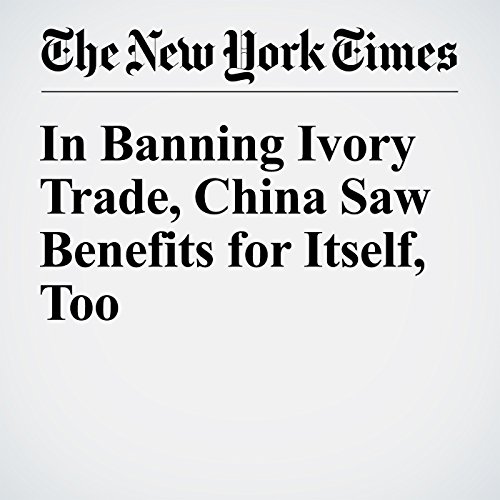 In Banning Ivory Trade, China Saw Benefits for Itself, Too

The ban reinforced President Xi Jinping’s campaign against corrupt officials, who have been known to use ivory products as bribes.

"In Banning Ivory Trade, China Saw Benefits for Itself, Too" is from the January 02, 2017 World section of The New York Times. It was written by Javier C. Hernández and narrated by Keith Sellon-Wright.