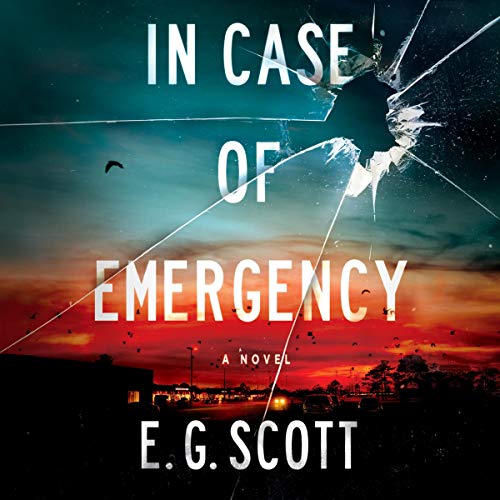 When her boyfriend goes missing and a woman turns up dead, Charlotte must connect the dots for herself before she becomes the suspect, or the next victim.

Charlotte, a mid-30s Long Island woman, has felt so alone since her promising career in neuroscience imploded. But she has an online support group; she has Rachel, a friend who has seen her through the worst of it; and now she also has Peter, a mysterious new boyfriend who has asked that their budding romance remain a total secret. That is why she is too scared to report his disappearance to the authorities when he van­ishes without a word.

Weeks later, police contact her to make an ID on a body, and she fears the worst for her missing beau. Instead, she arrives at the morgue and feels a terrible relief when she sees a woman she has never met on the table in front of her. But relief is replaced by confusion, then terror, when Charlotte realizes she has become a person of interest. Why did Jane Doe have Charlotte listed as her emergency contact? Was it revenge or a warning? And where exactly does Peter factor into all this?

As Charlotte becomes the prime murder suspect, she enters into a race against the clock to find out the truth about the dead woman and the connections they shared. But what she discovers is beyond anything she could have ever imagined.

"In Case of Emergency begins with a phone call and unfolds into a sharply plotted, dark story packed with lies, betrayals, and so many secrets. Fast-moving and clever!" (Samantha Downing, author of the number one international best seller My Lovely Wife)

"With more twists and turns than a mountain road, In Case of Emergency will take you on one hell of a ride. Buckle in as E. G. Scott expertly spins a story that will have you guessing until the final pages, culminating with a blockbuster ending. A must read!" (Liz Fenton and Lisa Steinke, authors of The Two Lila Bennetts)

"A smart whodunit that brims with human insight about the surprising ways in which we heal and the importance of coming face-to-face with our role in the trajectory of our lives. In Case of Emergency is a fast-paced volley of a story batted back and forth between a cast of entertaining characters, all while stylishly concealing more than a few tricks up its proverbial sleeve." (Chandler Baker, author of Whisper Network)

What listeners say about In Case of Emergency

If I never have to hear the term “honey” again, it will still be too soon.

I really wanted like this book. And at some points I did. But I agree with all the reviews around the narrator. I found myself continuing to listen expecting it to get better. Save your credits and your time!