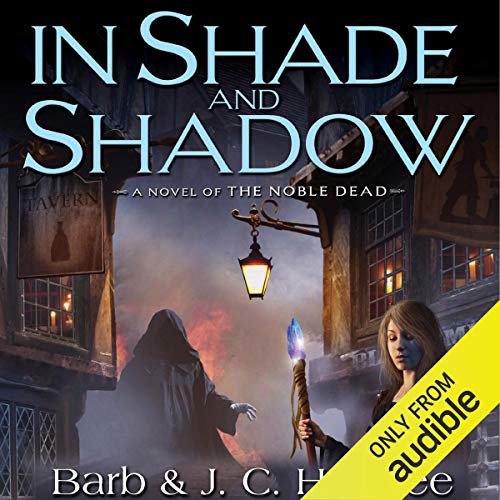 View our feature on Barb and J.C. Hendee's In Shade and Shadow. The national best-selling Noble Dead saga is "one of those [series] for which the term dark fantasy was definitely intended" (Chronicle).

Wynn Hygeorht arrives at the Guild of Sagecraft, bearing texts supposedly penned by vampires. Seized by the Guild's scholars without Wynn's consent, several pages disappear - and two sages are found murdered. Convinced the Noble Dead are responsible for the killings, Wynn embarks on a quest to uncover the secrets of the texts....

What listeners say about In Shade and Shadow

much more YA Than other books in the series

There was a lot more internal struggle and a lot of Wyn yelling Noooo! But aside from that, an excellent start to the story line. I look forward to the rest.

Read It to Get Background Story?

What did you love best about In Shade and Shadow?

I thought it was going to give back story that was important to the Magiere and Leesl story. There was some intrigue with what happened to the Sages, and the Guild hierarchy was interesting

Nicholas. I thought he could become an interesting character, but that was never developed.

she is always outstanding. Lots of difficult names and places, but she consistently uses the same pronunciation every time.

No, it didn't move very quickly

There were so many characters that could have been developed and took attention away from the annoying Wynn (thank goodness), but they weren't really developed as they could have. Still, this one was interesting and I hoped was a good lead up back to Magiere and Leesl