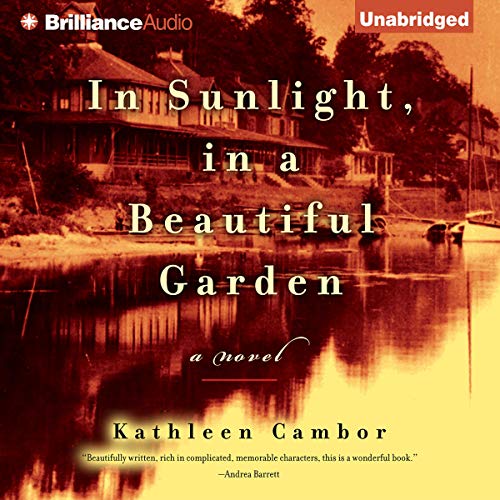 In Sunlight, In a Beautiful Garden tells of a bittersweet romance set against the backdrop of the greatest industrial disaster in American history: the construction and subsequent collapse in 1889 of the Johnstown, Pennsylvania, dam. It was a tragedy that cost 2,200 lives, implicated some of the most illustrious financiers of the day - Andrew Carnegie, Henry Clay Frick, and Andrew Mellon - whose carelessness contributed to the disaster, and irreparably changed the lives of those who survived it.

This is the story of these men and of the families who lived in the shadow of the dam: the daughter of the lawyer who filed the charter for an exclusive club on the shore of the artificially created lake; the Quaker steel mill owner who tried to stop the dam's construction; a librarian, escaping to a bustling mountain city from a loveless life in Boston; a young man determined to expose and undermine the greed and carelessness that shaped the last years of the 19thcentury.

A cautionary tale for our new century, In Sunlight, In a Beautiful Garden is a story of youthful promise and devastating loss, of power and its misuse, and of greed and the philanthropy that is too often a guilty by-product.

What listeners say about In Sunlight, in a Beautiful Garden