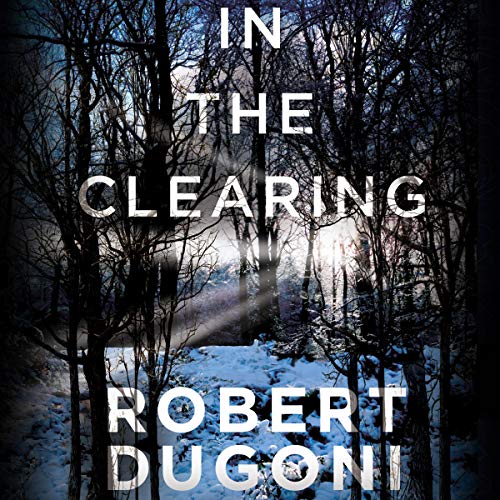 Detective Tracy Crosswhite has a skill, and a soft spot, for tackling unsolved crimes. Having lost her own sister to murder at a young age, Tracy has dedicated her career to bringing justice and closure to the families and friends of victims of crime.

So when Jenny, a former police academy classmate and protégé, asks Tracy to help solve a cold case that involves the suspicious suicide of a Native American high school girl forty years earlier, Tracy agrees. Following up on evidence Jenny’s detective father collected when he was the investigating deputy, Tracy probes one small town’s memory and finds dark, well-concealed secrets hidden within the community’s fabric. Can Tracy uphold the promise she’s made to the dead girl’s family and deliver the truth of what happened to their daughter? Or will she become the next victim?

What listeners say about In the Clearing

I loved this book! Tracy Crosswhite is an incredible detective and wonderful character. And there are actually two really fascinating cases in this novel that require excellent police work.

The Clearing revolves around a cold case which was ruled a suicide some 40 years earlier. Crosswhite's friend's father, now dead, was new in the sherrif's department when the events occurred. He had well founded suspicions that the victim, an 18 year old Native American, was actually murdered. His inexperience renders him powerless as well as voiceless. He subsequently began a private investigation on his own, one that would last 40 years until his death. Crosswhite picks up the case on her own time, aided with modern forensics unavailable to law enforcement at the time of the crime.

Dugoni introduces us to characters living with the very real and tragic effects of violence, guilt, shame and lies. This is truly one of the best novels I've read lately.

I would put this up with John Hart's Redemption Road as the best mysteries of the year.

I speaks well of Robert Dugoni's writing skills that the third novel in the Tracy Crosswhite series while the weakest of the three is still a solid 5 star detective thriller. HIGHLY RECOMMENDED. Emily Sutton-Smith's narration is wonderful, as it always is.

I have read all the books in this series so far. While the books aren't great, they are good enough that I continue reading them. This book is a decent and entertaining addition to the series.
There are two distinct mysteries in this book that the detectives are attempting to solve. While this could easily lead to a disjointed and convoluted read, the author manages to present both stories in a way that works, until it doesn't. Quite a few times I was left with the impression that the secondary case was a space filler and it left me wishing the author had just focused on one case and developed it a lot more. I think that would have made this a much better book.

This Series Just Keeps Getting Better!

This is the 3rd book in the series featuring Seattle detective Tracy Crosswhite. Each book has been better than the last - the characters continue to develop and the plots are intriguing without relying on a overdose of violence and gore. There's just enough flavor of Seattle to be interesting to a Seattle native but enough fictionalized background so it doesn't feel like an attempt to recreate the city in every detail. The main characters are likable and their personal lives are interesting but not soap-opera-ish. For me this audio book has everything I like - good characters - good narrator - interesting plot - and doesn't have the things I try to avoid such as over the top violence and overly dramatic/hopelessly flawed main characters. Highly recommend to listeners who enjoy a well- written police procedural - I'm looking forward to the next book in the series!

This is an outstanding book on many levels. Tracy Crosswhite is involved in two cases, one concerning a 40 year old murder. Although it is the third in the series, it stands quite well on its own. Each of the characters is developed in depth, and the psychological drama competes with the physical evidence as Tracy methodically works the two cases.
The process of deduction is fascinating as the cold case rolls to a conclusion and supplies insight into the current case. Dugoni's style of writing provides just the right level of descriptive detail to create perfect mental images without impacting the flow of the story.
The narrative shifts back and forth in time to allow the reader to experience actions described in the deductive process. Even though the reader is brought into knowledge of the past events, the ending still provides surprises. This book captures the feel of small town America as well as the urban center of Seattle, making interactions understandable and believable. I am looking forward to more Tracy Crosswhite adventures.

Emily Sutton-Smith was again just outstanding with the delivery of the story.

the first two books were so good. I am not impressed at all with this one.

It is going to be be hard to wait for the next book in this series! Well written, great stories, excellent narration! Dugoni is winner!

I was skeptical in the beginning, but soon was pulled into the story. Narrator was good. I will select this author again.

Loved the first and second book in this series and the 3rd book in series did not disappoint. Great read from start to finish. Can't wait for next in series.

I've read the 3 books in this series. I enjoyed the first 2 very much. it was harder to get vested in this one. there were 2 different stories going on. one out of town which had back flashes to the 70's and one based in Seattle. if the focus stayed on one with more character development I would have enjoyed it much more. the forensic detail was more interesting with the story line with flashbacks. I hope the next installment stays in Seattle. the narration was solid.

Will The Truth Eventually Be Uncovered

Dugoni is very good and he knows how's to keep his reader's engaged and griped from the very start. The narrator is good and doesn't detract from the story

I really enjoyed this novel, cleverly executed and great characters.
Well narrated too, a very good series, this is book 3 I think.

Never believe what people tell you first off

A really good story told at a good pace with fine dialogue and some witty one liners. It proves to me that authors can write exciting and enjoyable stories without loads of erotica. Well narrated the tale has a couple of good twists and red herrings. I really do like this author and will continue to read this series. Highly recommended.

Wow what an emotional and heartbreaking story. This book had a bit of everything, drama, suspense and intrigue. Not one but two stories to keep me hooked from the first page to the last. I’m loving this series. The narrative as always is fab too.

Great story from start to finish

Absolutely love the Tracy Crosswhite series. Great characters, plenty of plot twists. Tugs at the heartstrings at times. Brilliantly narrated. Can't wait to get started on the next book.

Kept us both captured

Don’t normally like murder mysteries but really enjoying this series. Has a few side stories happening

Getting to know the characters

I thoroughly enjoyed this, the 3rd book in the series. I feel like I'm getting to know the characters, particularly the lead character, Tracy Crosswhite. Intelligently written, and well narrated once again.
Towards the end of the book, the thought occurred to me that while there had been some emotional moments in the 3 books thus far, nothing had really moved me. Without wishing to lay a spoiler here, suffice to say that changed in the final chapters of this story.
Highly recommended, and as I write this I'm downloading book 4. I think that speaks for the series.

An enthralling cold case that is a bit close to home for Tracy. As it brings back memories of her sister’s case will it be too much for her? An interesting and engaging story with a lot of side stories the teader is slowly brought to an exciting conclusion. As to Tracy’s romance with Dan....we definitely need to know more.

not as good as earlier books in the series. storyline was not particularly engaging and narration had the same style of talking for each gender

I really love this author

Yes . I like the characters in the book. They are strong and believable.

What was one of the most memorable moments of In the Clearing?

The revelation and sadness involved

Not what you think

In thr Clearing is book 3 for the Tracy Crosswhite stories and it didn't disappoint.

Tracy is asked to look into a 40 year cold case of the death of a 17yo native American girl and as she investigates the circumstances surrounding her death she finds just how much this gig death has affected some of her fellow high school students.

I love listening yo Tracy Crosswhite and think Emily Sutton-Smith is the perfect narrator for this series. will there be another?? I hope so. I want to hear more about Tracy and Dan.