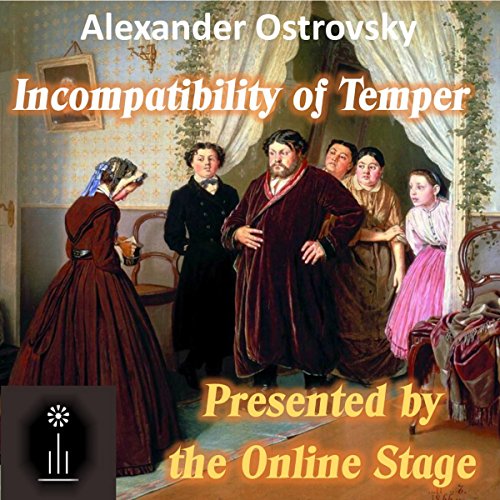 Incompatibility of Temper: Three Pictures of Moscow Life by Alexander Ostrovsky
Translated by Ethel Voynich
Presented by the Online Stage
Alexander Ostrovsky was the premier Russian dramatist before Chekov, and a true master of realistic satire. His Incompatibility of Temper consists of three sections or "Pictures of Moscow life".

Despite its patina of humor, the work is a merciless exposé of the commercial middle class dishonesty, and the convenient immorality hiding behind social conventions, which are characteristic of a developing urban society. The most noble character, Serafima, is a compelling mixture of naïveté, whimsicality, sentimentality, and obstinate practicality - one of the finest character portraits in Russian drama.

What listeners say about Incompatibility of Temper