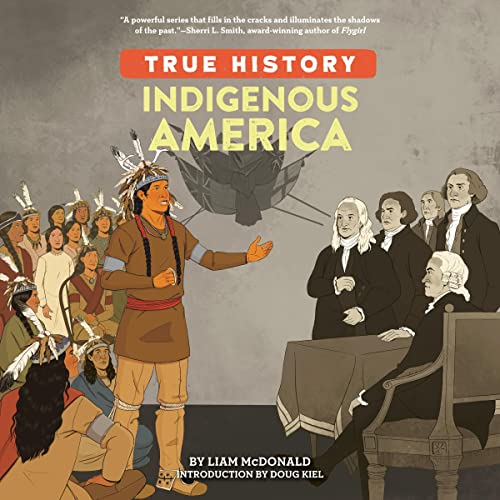 “A powerful series that fills in the cracks and illuminates the shadows of the past.”–Sherri L. Smith, award-winning author of Flygirl

Introducing a new nonfiction series that uncovers hidden histories of the United States.

The true story of the United States’ Indigenous beginnings.

American schoolchildren have long been taught that their country was “discovered” by Christopher Columbus in 1492. But the history of Native Americans in the United States goes back tens of tens of thousands of years prior to Columbus’s and other colonizers’ arrivals. So, what’s the true history?

Indigenous America introduces and amplifies the oral and written histories that have long been left out of American history books.

What listeners say about Indigenous America

Beautifully narrated, the link from chapter to chapter was natural. It was a haunting listen but short enough to complete in an afternoon and makes you rethink everything you know about America.