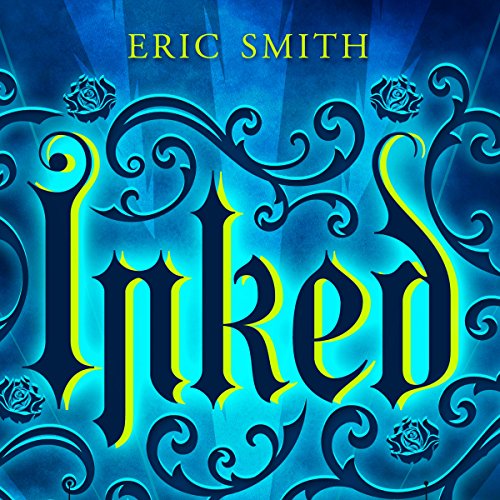 Sometimes your only chance to survive and what you most fear...is to be Inked. Tattoos once were an act of rebellion. Now they decide your destiny the moment the magical Ink settles under your skin. And in a world where Ink controls your fate, Caenum can't escape soon enough. He is ready to run from his family; his best friend, Dreya; and the home he has known just to have a chance at a choice. But when he upsets the very Scribe scheduled to give him his Ink on his eighteenth birthday, he unwittingly sets in motion a series of events that sends the corrupt, magic-fearing government, The Citadel, after him and those he loves.

Now Caenum, Dreya, and their reluctant companion, Kenzi, must find their way to the Sanctuary, a secret town where those with the gift of magic are safe. Along the way they learn the truth behind Ink, its dark origins, and why they are the only ones who can stop the Citadel. Eric Smith takes you on a fast-paced fantasy adventure, perfect for anyone who has dreamed of being different...only to discover that destiny is more than skin deep.

" Inked is an action-packed read with a hero I could root for, magic I wanted to have, and a vivid fantasy world to back it all up. Smith's prose had me turning pages way past my bedtime." (Susan Dennard, author of Something Strange & Deadly)
"A fast-paced page-turner from Eric Smith filled with magic, mystery and mayhem." (Kristi Helvig, author of Burn Out)
"With a lively cast of characters and a captivating idea, Inked draws its readers into a world where magic lives on every page." (Kat Zhang, author of The Hybrid Chronicles series)

It’s hard to put a finger on what I enjoyed about this book; there were many things. Creative, endearing, and of course, original. Great narration, of course, but Podehl is amazing. Well worth the listen, I assure you.

Fantastic characters, a well developed magic, and a twist on the art of the tattoo, combine for a excellent story. Do not hesitate to give this one a listen.