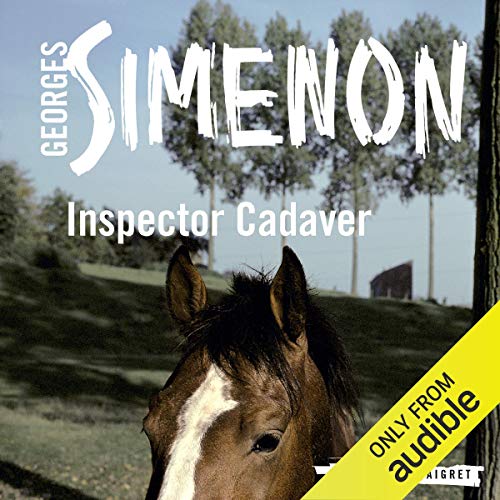 In everyone's eyes, even the old ladies hiding behind their quivering curtains, even the kids just now who had turned to stare after they had passed him, he was the intruder, the undesirable. No, worse, he was fundamentally untrustworthy, some stranger who had just turned up from who knew where to do who knew what.

What listeners say about Inspector Cadaver

Apart from being sensually evocative of sounds, smells, textures and visuals, there is the glimpse of some most curious personalities maneuvering to hide or reveal a crime.

What indeed was the crime?
The young man's death was an accident surely. The story is uncovering so much more than what led to his death.

I've read dozens of these works, but I have to say that this one has a particularly satisfying and inscrutable plot. it takes the inspector out of his usual contact, and shows him interacting with the bourgeoisie. I highly recommend this.

Good, but not great

It's a good book, but it's of an older style and the pace can be slow at times. If you're looking for crime fiction from an earlier European era, this is good. But it's a bit old-fashioned.