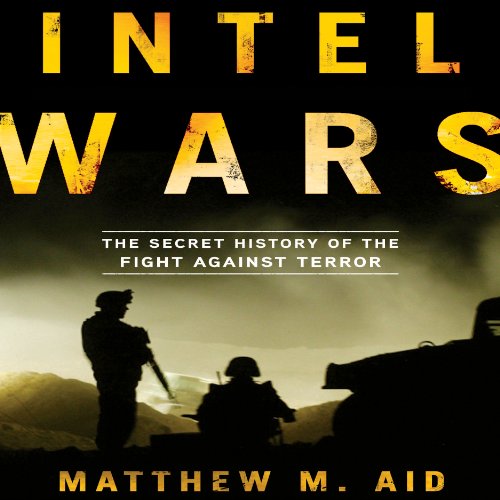 The United States intelligence establishment is a colossus. With stations in 170 countries, armed with cutting-edge surveillance gear, high-tech weapons, and fleets of armed and unarmed drone aircraft, it commands the most extensive and advanced intel force in history. But America's spy establishment still struggles to keep pace with a host of determined enemies around the world.

In Intel Wars, leading espionage historian Matthew M. Aid delivers the inside stories of our decade-long struggle against terrorism - its hard-won successes and bedeviling failures.

Based on extensive, on-the-ground interviews on the front lines and in D.C., as well as revelations from Wikileaks cables and other newly declassified documents, Intel Wars is the most authoritative account yet written of the secret war that America is still fighting.

What listeners say about Intel Wars

Wasn't what I expected

I wasn't able to get into this and couldn't finish it. It seemed to go on and on, with the occasional interesting tidbit. The narrator was a bit flat in his tone, but I think it was more the writing. It was focussed on the wars in Iraq and Afghanistan in general, rather than world-wide secret intel, plus I suspect the author had an agenda in writing the book. There were a lot of comparisons to Johnson and the Vietnam War as well as to the Soviet Union's failures in Afghanistan. That wasn't what I was expecting at all. I should have paid more attention to a negative review on the Amazon website. Best of luck to other readers and perhaps your experience will be different!

I enjoyed listening to this book.

The book provided some good insight into the US Intelligence System and some of the stories we're quite interesting. Some writer opinion also and I would say a few assumptions based on measures of success sometimes seemingly based on one quote from what could be an informer interview or similar. Overall though I found the book quite interesting and well read. I would recommend it.