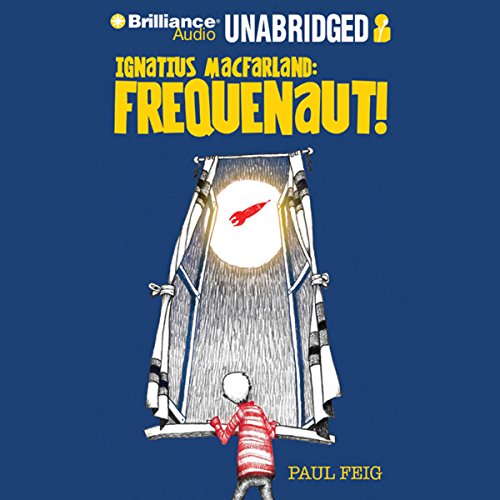 An interview with Paul Feig, author of Ignatius MacFarland: Frequenaut!.

After being teased one too many times, Ignatius MacFarland decides to build a rocket. Maybe extraterrestrials are nicer than his classmates! But when his rocket takes an explosive wrong turn, Ignatius ends up in another frequency run by former English-teacher-turned-dictator, Chester Arthur.

Mr. Arthur has taken the art, culture, and advancements of our world, shared them with this new frequency, and convinced the creatures around him that he's a genius. It's up to Iggy and Karen, another trapped frequenaut, to expose Mr. Arthur for the fraud that he is - and to hopefully make it home alive.

What listeners say about Interview with Paul Feig