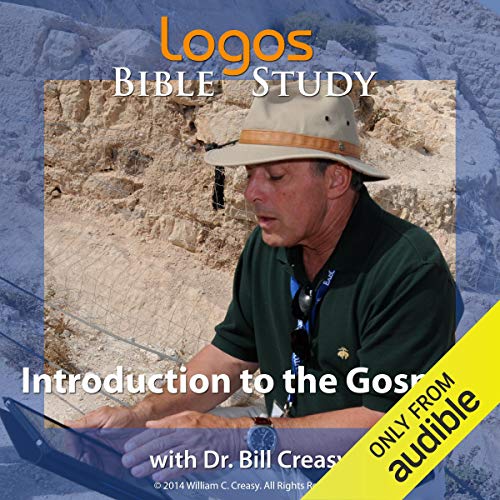 Introduction to the Gospels

Dr. Bill Creasy of Logos Bible Study uses a literary, historical approach to examine and enliven the bible for modern listeners. Dr. Creasy draws on his studies, travels, and personal anecdotes to vividly depict the works of scripture. He speaks in a pleasant, friendly voice but with authority, frequently incorporating contemporary references. The programs are a lively combination of a sermon and college lecture.

In this episode, Dr. Creasy discusses Introduction to the Gospels .

After Jesus’ death, burial and resurrection he commissions his disciples to take the gospel “to the ends of the earth” (Acts 1: 8). And they do just that.

Those who were eyewitnesses to Jesus’ life and works travel throughout the Roman Empire, telling stories about him: What he said, what he did, miracles he performed, conversations and debates he had. Over time, those oral stories take on shape and form—not changing from telling to telling, as many insist—but solidifying into a standardized form.

By the early to mid-60s—30 years after Jesus’ life on earth—the eyewitness generation begins to die off, through natural death and through periodic persecutions, such as that of the Roman Emperor Nero (A.D. 64 – 68). With the eyewitness generation disappearing it seemed wise to write the stories down, lest they be lost. Thus the first written Gospels emerge.

Handwritten on scrolls and later in codex form (like our modern book), the Gospels spread throughout the Roman world as a final, stable text. They are the Gospels we read today.

What listeners say about Introduction to the Gospels

I have all of Dr Creasy's teachings. He is very clear and follows the Bible word by word, which is the correct way to study God's word.