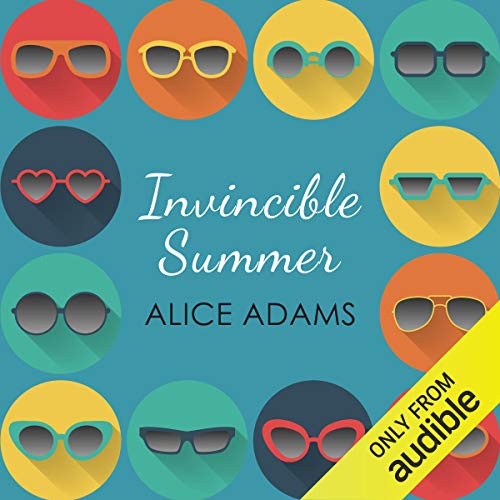 Inseparable through university, Eva, Benedict, Sylvie and Lucien graduate into an exhilarating world on the brink of the new millennium. Eager to shrug off the hardships of her childhood, Eva breaks away to work at a big bank. Benedict stays behind to complete his PhD in physics and pine for Eva while siblings Sylvie and Lucien pursue a more bohemian existence.

But as their 20s give way to their 30s, the four friends find their paths diverging as they struggle to navigate broken hearts and thwarted dreams. With every summer that passes, they try to remain as close as they once were - but this is far from easy. One friend's triumph coincides with another's disaster, one finds love as another loses it and one comes to their senses as another is changing their mind.

An audiobook about finding the courage to carry on despite life not always turning out as expected and a powerful testament to love and friendship as the constants in an ever-changing world, Invincible Summer is a dazzling depiction of the highs and lows of adulthood and the greater forces that shape us.

Alice Adams has a BA in philosophy from the University of Bristol and an MA from the University of Manchester and, since a stint as an analyst in the city, has had fiction published in various places, including The Times and Dark Mountain. This is her first novel. She lives in North London but escapes into the wilderness as often as possible.

It made me laugh and cry. I really enjoyed this book and im looking forward to reading other books from Alice Adams.

Do not judge an audible book by it's cover!

I thoroughly enjoyed this audiobook.
The story was compelling and sensitive.
I enjoyed the 'invincible summer' theme throughout and enjoyed the characters and their experiences; deepening in meaning and purpose.

I am disappointed with this book as it seems somehow uneven and patchy. Although there are four main characters, the emphasis, in the first half of the book at least, was on one of them, Eva. Later the other characters' stories are given more airing, but by about the three-quarter mark I was bored and rushed through listening to the remaining chapters. I will, in due course, listen again to the final part of the last chapter as I have the impression this was a kind of "summing-up". I'm aware that this is Alice Adams' first published novel and do not wish to be over-critical, but it's not a book I will be talking about in my book group!

beautiful look at the surprises of life

beautiful look at the surprises of life. uncomfortable in places because it captures many true feeling circumstances that I can relate to my own life. ultimately a delight to read

One star, because none is not an option

Perhaps one of the worst books I have ever read. I slogged my way through this as it was for a book club. From the pretentious opening quote from Camus to the endless introspection and self absorption of the main characters all relayed in the relentlessly upbeat tone that should be reserved for books from the 1930s about boarding schools and gymkhanas.

I listened to this while driving to work in horrendous traffic, but that this book could be published at all made me far angrier than the Council's decision to place so many sets of roadworks leaving or entering my city virtually impossible.

Started badly and got quite excruciating. Uses dull characters and an unconvincing plot to tell us that life doesn't end up like you planned when you were young, but that it can still turn out just peachy. The last couple of chapters with dialogue of childish existentialism were particularly painful.