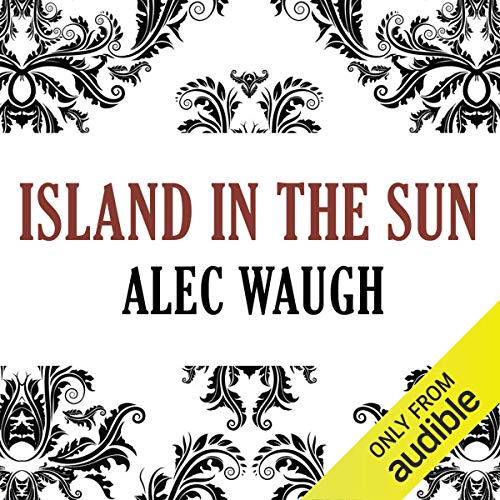 Island in the Sun

To the casual visitor Santa Marta is a sub-tropical paradise, a small sister of Jamaica, Bermuda and Nassau, unmentioned in the colour-splashed brochures of travel agents: an island where the sun shines throughout the year on the sandy beaches of innumerable coves, on the cane-fields and coconut plantations, on the shingled hits of the peasant villages and the fine houses of the white planters handed down through generation after generation, from the Sugar Barons of a past century. But this was not how the newspaper columnist, Bradshaw, saw it when he arrived on his first trip to the Caribbean. Bradshaw found Santa Marta a smouldering volcano.

This novel is a brilliantly successful evocation of the atmosphere and the problems of life on a West Indian island. It is a dramatic story, packed with incident and thrilling in this mounting tension. It weaves into the fortunes of a small group of islanders the ambitions and jealousies, the hopes and fears, the complexes and inhibitions of a people to whom the tint of the skin is more important than wealth, or power, or skill, whose tangled history has bequeathed a heritage of passion in an island where the blood never cools.

Alec Waugh, 1898-1981, was a British novelist born in London and educated at Sherborne Public School, Dorset. Waugh’s first novel, The Loom of Youth (1917), is a semi-autobiographical account of public school life that caused some controversy at the time and led to his expulsion. Waugh was the only boy ever to be expelled from The Old Shirburnian Society. Despite setting this record, Waugh went on to become the successful author of over 50 works, and lived in many exotic places throughout his life which later became the settings for some of his texts. He was also a noted wine connoisseur and campaigned to make the cocktail party a regular feature of 1920s social life.

Use a British narrator!

What made the experience of listening to Island in the Sun the most enjoyable?

This doesn't seem to me a very useful question to ask about a book once one has passed the age of 8.

Would you be willing to try another one of Alex Hyde-White’s performances?

Only if the book was set in America or if most of its principal characters were American.

No about an hour at a time seems right.

For any British listener, and I would imagine most of those who want to listen to this book will be British, it is rather spoiled by the narrator's complete inability to imitate even one natural British accent. Most of these public-school educated British colonial administrators and settlers are made to speak in a register which moves uneasily between Yorkshire, Irish, cockney and some other unidentifiable Northern accent. As a book I enjoyed it, but as a narrated book it is disappointing.