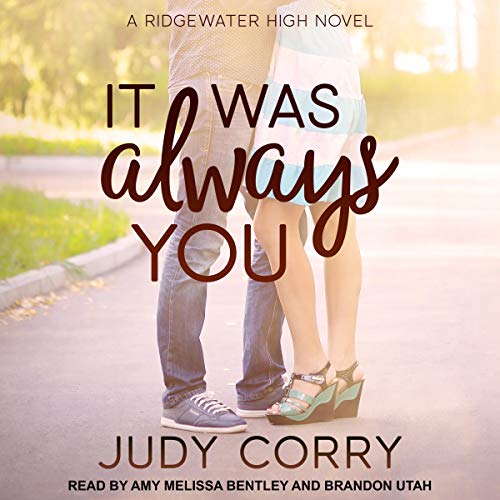 Sixteen-year-old Lexi Stevens has never been kissed - never even been asked on a date. So when she humiliates herself in front of her crush and her brother's best friend offers to be her fake boyfriend for the week to make him jealous, she doesn't know if it's the stupidest idea ever or a dream come true.

When Noah Taylor gets kicked out of his house by his abusive stepdad, the last thing he needs is for anyone at school to find out - not even his best friend. But when his new "girlfriend" discovers him sleeping in his car and offers to let him sleep in her closet, he starts to wonder if he's found someone he can confide in after all.

Pretty soon, Noah and Lexi are putting on a big show in front of the whole school while sneaking around behind her overprotective father's back. It isn't long before feelings develop and it becomes harder and harder to discern between what's fake and what's real.

What listeners say about It Was Always You

The romance is adorable and I liked Lexi and Noah. Though, not much character development. I’m guessing this book is written for the Christian/religious community, which explains why I have a lot of issues with this story.

This book infuriated me. I’m an adult who likes to escape in cutesy ya romance during stressful times. It’s my glass of wine. This book had me wanting to grab a whole bottle. First off, purity rings are gross. Lexi has proven over and over how great of a daughter, sister, woman and person she is. She does everything right. The moment she kisses a boy. Only kisses a boy, she loses her dads trust. What her father did is consider emotional abuse, and her father seems a bit narcissistic. All her hard work is thrown out the window over a kiss. Her dad only cares about his daughter’s virginity/vagina. He sees it has her only worth and puts her in a higher standard than Easton. Double standards much.

This book is a fine example of toxic masculinity. “Boys only want one thing” and “real men don’t cry”. PLEASE!

I liked this story. the female narrator was a good match I thought for her character. The male's voice, while speaking on Lexi's behalf, was really annoying and didn't seem to match her personality at all. That would be my only complaint. He did however, do a great job matching his own character.

This was a great story. I never wanted the book to end. In fact I was hoping there was more.

Great story about young love. The voices through me off a little. overall wonderful read, finished in one day

Even better than reading the book.

I read the book and really enjoyed it. But listening to the audio version is almost as good a watching a movie version. I really like the characters and it includes real life problems. Love all of Judy's books. You will really feel good after listening to this story.

I Loved the story and the chemistry between Lexi and Noah, I liked Noah from the first book and his story didn't disappoint, it was cute and really fluffy.. it does have some drama in it but I like how Miss Judy always ends her story in the cutest way possible .. most recommended for a light read
moving on to the next book

I appreciated that this book was a clean romance book. the narrators' voices took a little getting use to, especially when they did voices of other characters. finished within basically a day.

I had only planned to listen to a few minutes just to get a taste of it before I got some work done. Well, I ended up getting sucked in right away and before long I'd listened to the whole thing. I love Noah and Lexi's story! They are the cutest couple and this story is perfect! You don't want to miss this!

disappointing ending. bit too abrupt
good premise for story but wrapped up too quickly for me