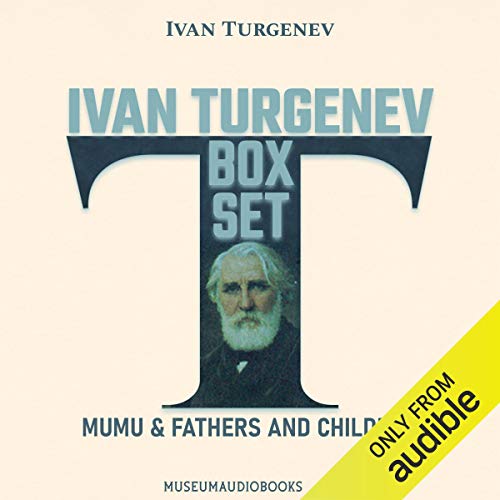 Ivan Sergeyevich Turgenev (1818-1883) was a Russian novelist, short story writer, poet, playwright, and popularizer of Russian literature in the West. Fathers and Sons (1862), a.k.a. Fathers and Children, one of the most acclaimed Russian novels of the 19th century, deals with the growing cultural divide between two generations or mindsets of Russians. Both the nihilists (the "sons") and the 1830s liberals (the "fathers") sought Western-style social change. These two ideologies were contrasted with a third, the Slavophiles, who believed that Russia's future lay in its traditional spirituality. Turgenev’s novel was responsible for popularizing the use of the term nihilism, which became widely used after publication of the book. "Mumu" (1854) is the story of Gerasim, a deaf-mute serf whose life of poverty is thrown into stark relief by his rescue of the dog Mumu. Gerasim’s wealthy old mistress wants the dog but Mumu bares her teeth at her, with tragic results. The story exposed the cruelty inherent in the system of Russian serfdom.