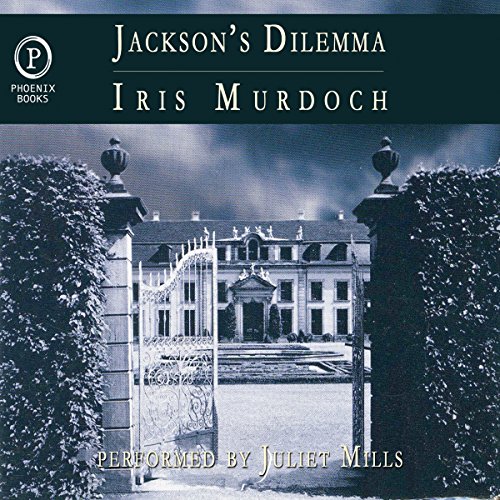 Iris Murdoch's 26th novel is a romp as well as an homage to that master of convoluted comedy, Shakespeare. She has adopted a syncopated, slightly mocking tone, and many scenes have a distinctly theatrical air. She has also achieved a disarming sense of timelessness, due in part to the fact that her eccentric characters, a close-knit circle of friends, are extremely well-off and spend their days and nights dashing between their country estates and their London houses.

The tale begins on the eve of a wedding. Edward is to marry the lovely Marian. Benet, his rather fussy friend and neighbor, is in charge of the proceedings. Marian's note leaves everyone in a tizzy.

Who is Jackson? Where is Marian? The darkness of mystery mingles with the lightness of comedy for something completely different.

"Brilliant and charming." ( Booklist)
"[A] psychologically rich tale of romances thwarted and revived." ( The New York Times Book Review)
"Murdoch works with an intellectual daring most writers only dream of." ( The Philadelphia Inquirer)

What listeners say about Jackson's Dilemma

As usual with Iris Murdoch, her evocation of character, description of places and scenes are brilliantly detailed. I confess however to finding some longeurs in this tale. For instance the constant journeys between London and the country taken by many of the characters were sometimes tedious and mildly irritating. However, in retrospect, the whole notion of Jackson himself is a mysterious achievement and almost encourages us to read it again in the light of the final revelation.
Juliet Mills' robust no-nonsense narration is a perfect foil for the many wonderful but deliberately overblown declarations of romantic love or extremities of emotion.