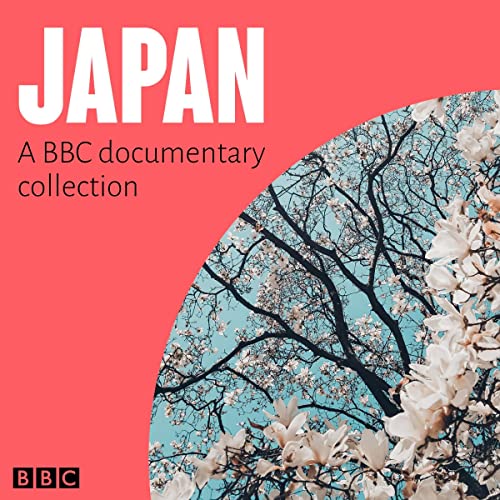 A captivating anthology of programmes, painting a multi-faceted portrait of a unique country.

Japan is a land of complexity, contrast and contradictions. The world's third-largest economy, it is a powerhouse of innovation and a pioneer in technology, fashion and pop culture. But it also has a rich, ancient heritage and a deep reverence for custom, ritual and tradition. This illuminating 2-part radio collection traverses the different aspects of this fascinating country, from its famous historical figures to its diverse cultural landscape.

Part 1: History opens with Japan in Five Lives, in which cultural historian Christopher Harding portrays the lives of five colourful characters from the country's past to answer the question 'Who are the Japanese'? In Killing Time in Imperial Japan, he explores early 20th Century Tokyo, a bustling, cosmopolitan capital where the meaning of 'time' was hotly contested. Dark Blossoms sees him examining the doubts and misgivings accompanying Japan's rapid embrace of modernity, while in Japanese Tsunami, broadcasters Richard Lloyd Parry and Matthew Sweet discuss the devastating natural disaster that rocked the country in 2011. In Land of the Rising Sums, Alex Bellos visits Kyoto to ask why Asian cultures seem so much better at maths; in Japan and Religion, Roy Jenkins discusses the place of religious traditions in modern Japan; and in Supernatural Japan, Christopher Harding looks at how the Japanese have used ghosts and ghost stories to make sense of their world.

Land of the Rising Sums

The Tale of Genji

Godzilla and The Wind Rises

What listeners say about Japan

As someone who studies, Japanese culture and history, this book was very helpful. It had many different aspects that analyzed a whole range of different topics. I really appreciate this compilation.