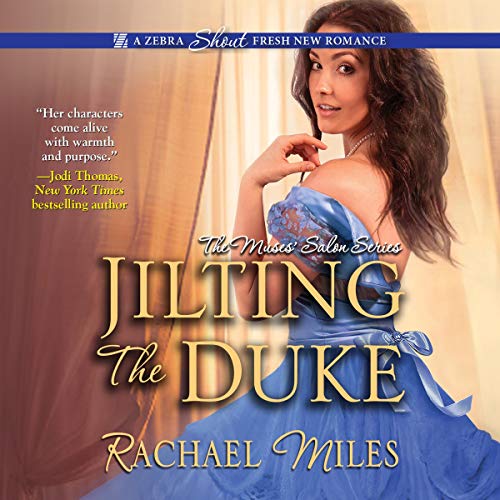 Aidan Somerville, Duke of Forster, is a rake, a spy, and a soldier, richer than sin and twice as handsome. Now he is also guardian to his deceased best friend’s young son. The choice makes perfect sense - except that the child’s mother is the lovely Sophia Gardiner, to whom Aidan was engaged before he went off to war.

When the news reached him that she had married another, his ship had not yet even left the dock. Sophia does not expect Aidan to understand or forgive her. But she cannot allow him to stay her enemy. She’s prepared for coldness, even vengeance - but not for the return of the heedless lust she and Aidan tumbled into 10 years ago. She knows the risks of succumbing to this dangerous desire. Still, with Aidan so near, it’s impossible not to dream about a second chance.

What listeners say about Jilting the Duke