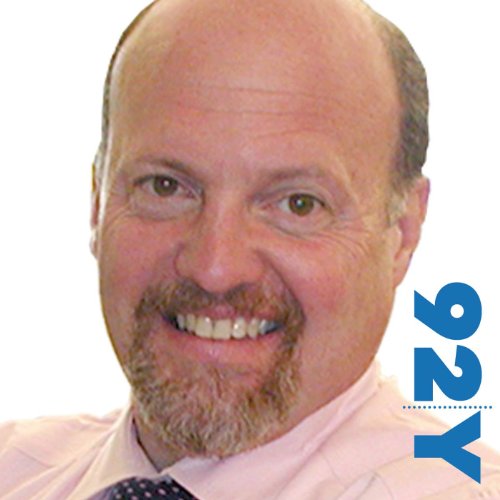 Jim Cramer, host of the popular CNBC show Mad Money, graduated magna cum laude from Harvard University and earned a law degree from Harvard. He later founded his own hedge fund, where he received record returns. In 1996, he co-founded TheStreet.com, a financial news, commentary, and information site, for which he serves as a senior columnist and markets commentator. He is also the host of the syndicated radio program RealMoney Radio, and he recently wrote his third book, Real Money: Sane Investing in an Insane World. Interviewer Stephen J. Adler is editor-in-chief of BusinessWeek.
©2006 92 nd Street Young Men's and Young Women's Hebrew Association (P)2006 92 nd Street Young Men's and Young Women's Hebrew Association

The 92nd Street Y in New York City is one of the cultural epicenters of interviewing. Paring insightful interviewers with notable guests, the Y is a landmark. In their series "The Captains of Industry", the Y invited Jim Cramer, famed hedge fund investor and host of NBC’s Mad Money, to speak with Stephen J. Adler, then editor-in-chief of Reuters. The conversation was recorded live in 2006.

While Cramer’s stock-picking record at Mad Money is highly questionable, his hedge fund broke records for profitability. Listeners will be curious to hear Cramer’s take on competing and succeeding as a non-elite against the prep school types.

What listeners say about Jim Cramer at the 92nd Street Y

Lively and entertaining and still one learns a handful of good things. Worth the time and the dough.

Who is JIm Cramer

Interesting background material on this celebrity investor. You can get rich too if you will work from 4AM to 8PM and skip lunch for 20 years.

A personal talk with Cramer

What made the experience of listening to Jim Cramer at the 92nd Street Y the most enjoyable?

Interviews with authors, such as Jim Cramer of CNBC (and author of several books on investing) provide a sense of who he is and where he came from. This was a good interview, and showed a side to Cramer that I had not seen before.

This does touch on stocks but is really more of a personal history of Jim Cramer. Wasn't what I thought it was but was interesting and entertaining. He is a unique guy and there was not a dull moment in the program.

Another view of Cramer

This is a different view of Cramer that I had never seen before.

Interesting listening to a time before the crash

It's a short fun listen and does go into Jim's days growing up and his predictions for the "future of 2007" some crackers at the end, but really shows his genius